I love my GWS Tiger Moth 400 so much, that I really wanted another. But I also wanted a small plane, one I could fly in my  street.

At the same time, I’ve also had a growing urge to try my hand at building a plane. I decided to try and build a little Tiger Moth.

I considered building a flat, ‘profile’ plane, cuz they look easy to build, but I don’t really like the way they look. On the other hand, I didn’t feel up to trying to create a fully shaped fuselage and wing. I decided to compromise, giving the Micro Moth a boxy, basically square fuselage and flat wings, sanded into an airfoil shape.

The plane is built from blue 1/4″ fan-fold foam purchased from Lowe’s. You can find out more about its design and construction, here. I’ve given the plane a ‘paint job’ using colored packing tape, but I decided to leave the lettering visible on the tail as a testimony to the plane’s origins. 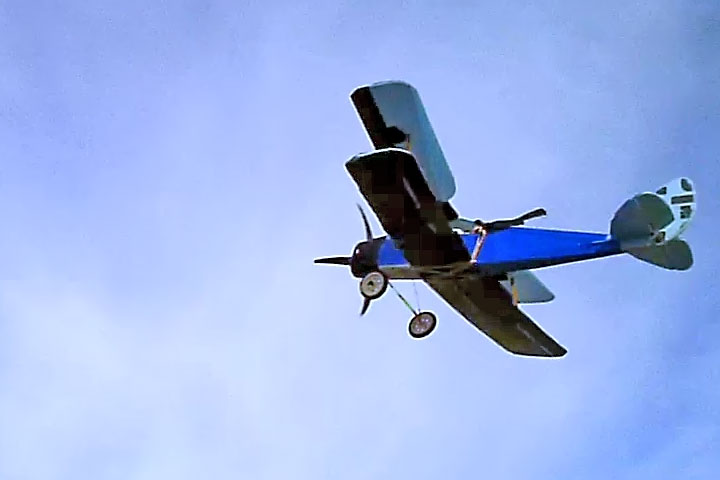 This entry was posted in Biplanes & Triplanes, Custom & Modified, My Fleet, My Planes, R/C Planes, Scratch Built. Bookmark the permalink.