When I originally built my Micro Moth, I used a bent finishing nail as a cheap and easy, lightweight landing skid. 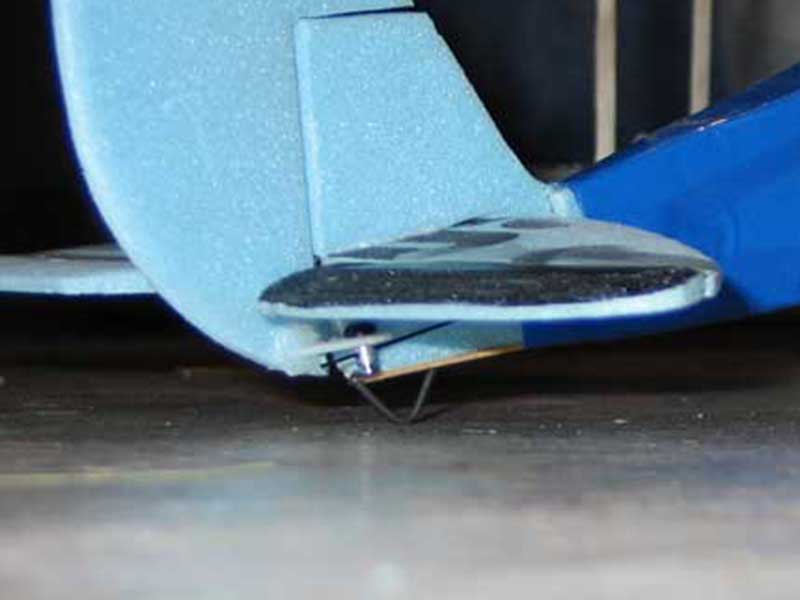 Bent finishing nail, epoxied in place as a skid.

This seemed to work okay, and it was certainly strong enough, but the sound the plane made on the ground was horrible. The ground handling was atrocious, too, but I didn’t blame that on the skid.

The epoxy on the nail came loose and I thought, what the heck, and glued a tail wheel in there, instead. (I’m not sure where this wheel came from, originally.) 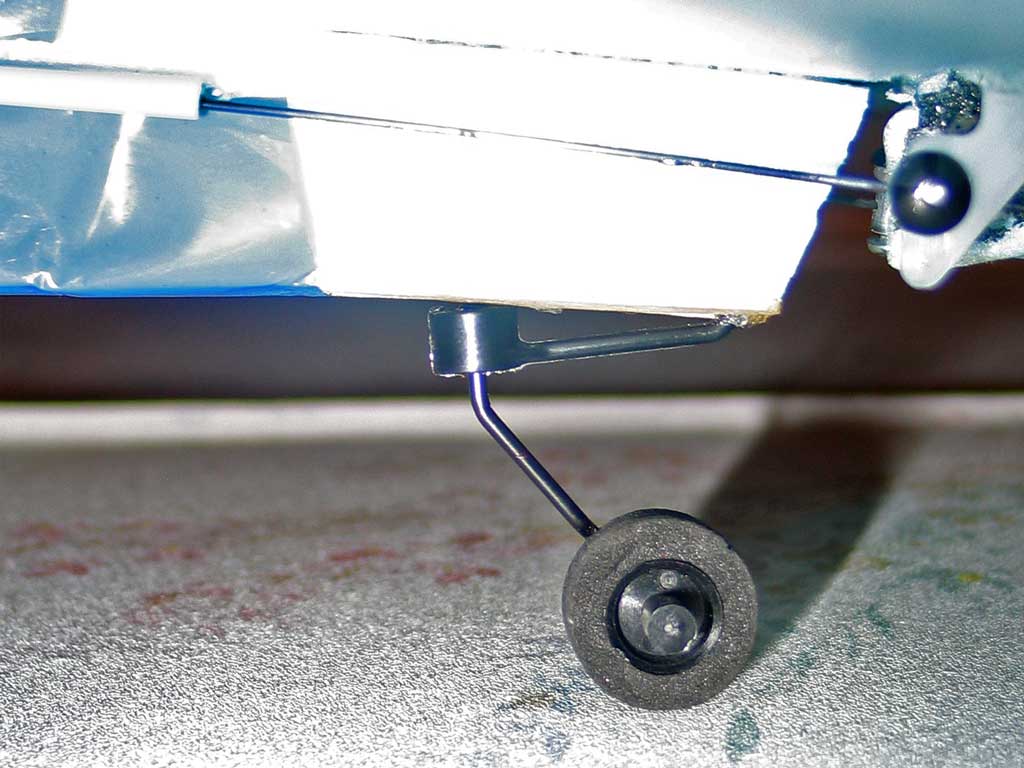 It’s a steerable wheel, but I didn’t hook it up for steering.

The results are astounding. Not only is the model a lot quieter when rolling on the ground but, even though it’s not a steerable wheel, ground handling has improved drastically. It’s an order of magnitude better than before.

No more skids for me.