The landing gear on my new Micro Moth biplane are stolen from a HobbyZone Mini Super Cub. After a few landings, they had gotten pretty floppy and were tending to fold backwards under the plane. I should have braced the wire better inside the fuselage. But I didn’t

Rather than dig the whole LG mount out and do it the right way, I thought of this little high-tech mod. 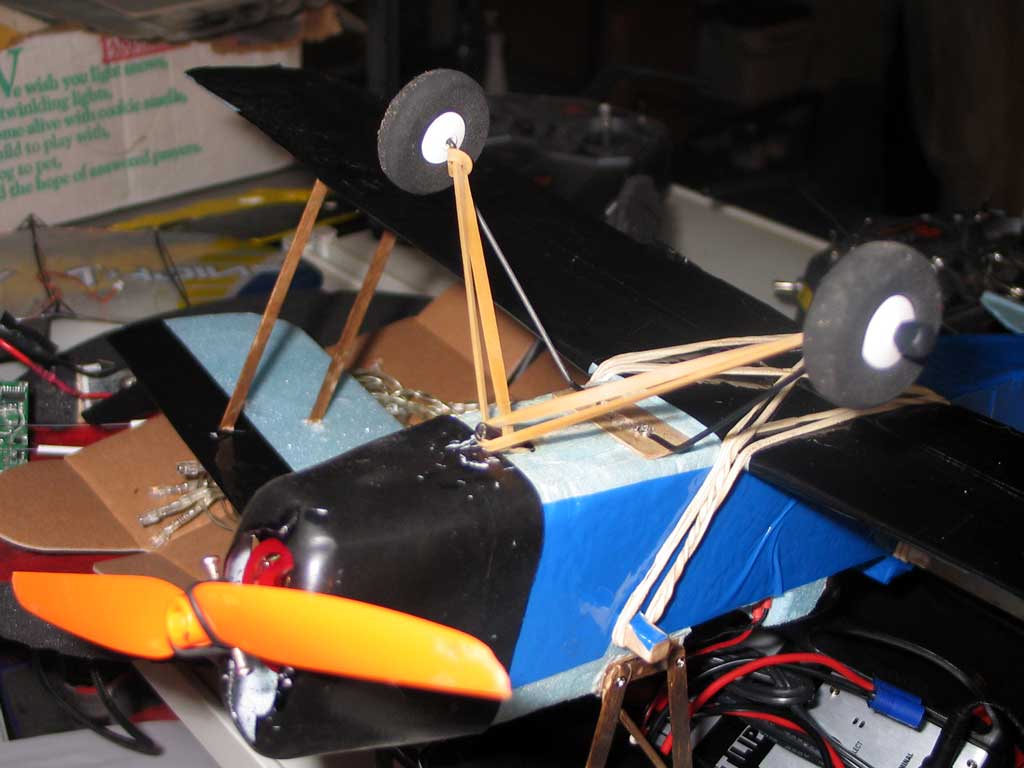 I tied two rubber bands around the inside of the axles and then looped them over a small length of bamboo skewer which is poked up into the fuselage and epoxied in place. So far it works great, absorbing the shock of landing really well. And it doesn’t look too bad (from a sufficient distance.)