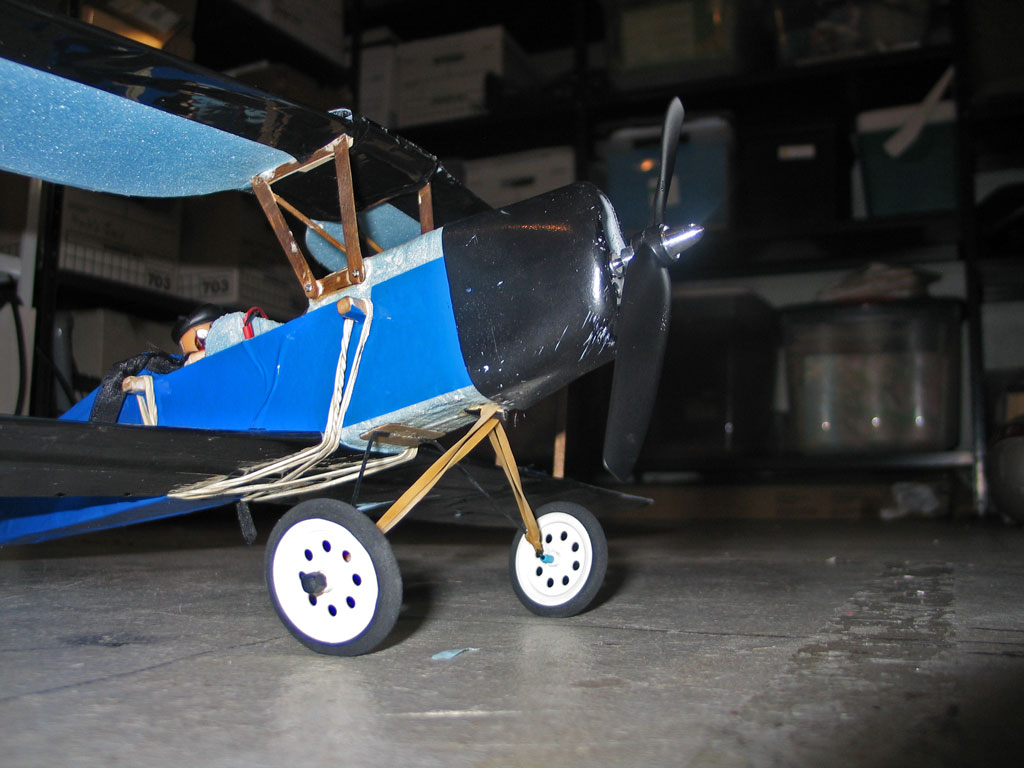 My original build of the Micro Moth used a EMAX CF2805 0.9 oz 2800kV outrunner motor I had lying around. This motor is designed for small pusher jets so it wasn’t really appropriate for a slow-ish biplane.

This week, I swapped it out for a new HURC 2712-17 from HeadsUp that should work much better.

I moved up to an 8040 8×4 propeller (mainly because I don’t have any 8043’s around at the moment.) Increasing the prop size created problems with ground clearance, so I pulled off the tiny stock Mini Super Cub wheels and replaced them with different, larger wheels. (I don’t remember where these came from originally.)

I also tore out the landing gear mount and reinforced it with some basswood to better support the LG wire and hold it perpendicular to the fuselage.

I’ve been testing some larger, 850 mAh Nano-Tech batteries from HobbyKing. These provide a ton more power than the Rhino 610’s I’ve been using. In fact, so much more that the prop saver failed during a static test. So I’ve also replaced the prop saver with a collet-type prop adapter to keep the prop bolted on there. 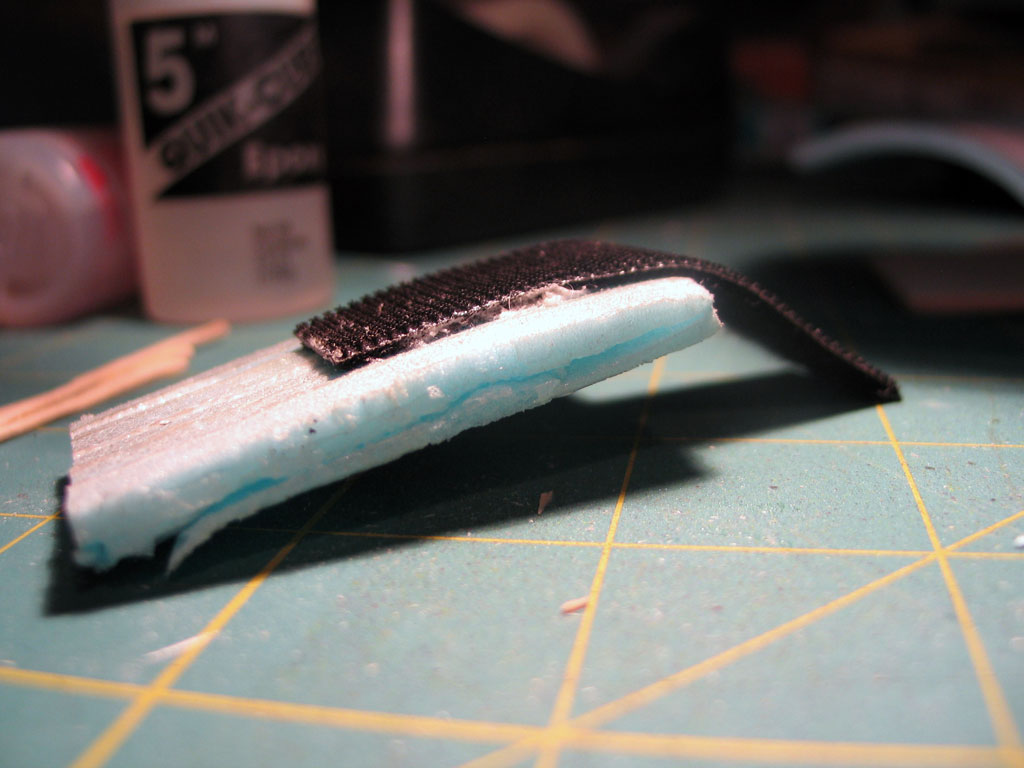 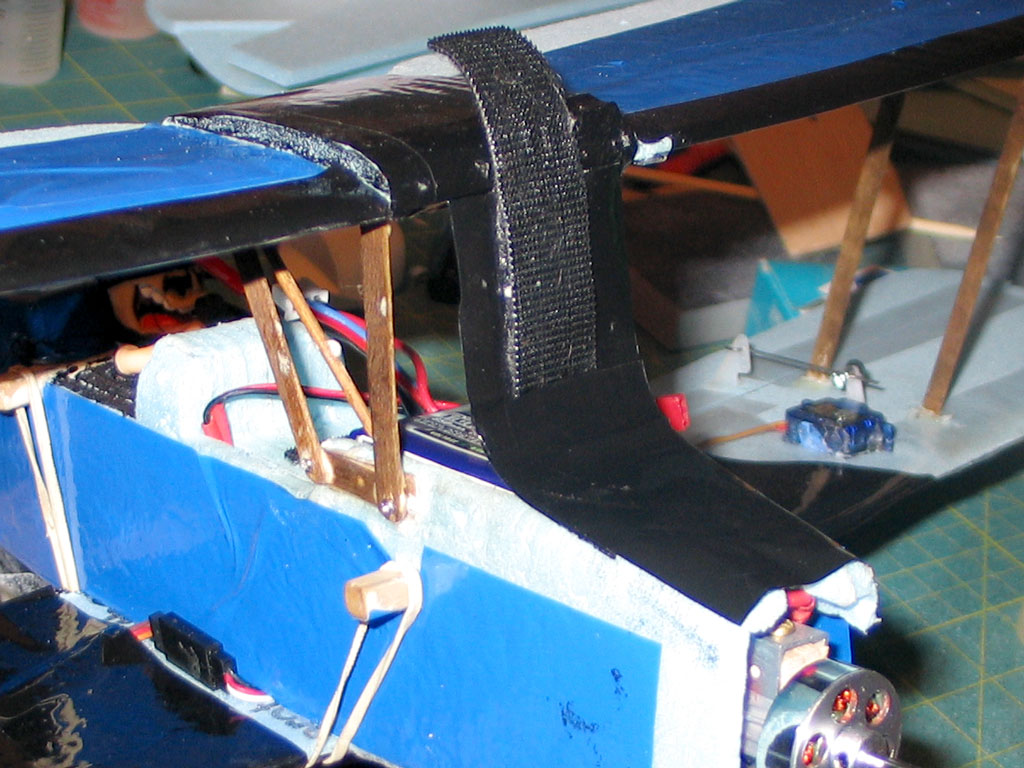