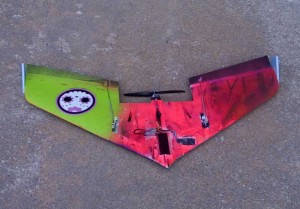 The Phoenix is a gyro-stabilized flying wing I built from the ruins of a badly crashed Stryker F-27C. The fuselage and tail were destroyed and I got the idea of cutting the wings off and then gluing them together to make a flying wing. I thought it was genius but it turned out that I was far from the first person to think of the idea.

The name, though a bit trite, comes from one of my favorite movies, the original Jimmy Stewart vs. Hardy Krüger Flight of the Phoenix, where the heroes perform similar surgery on their crashed plane in order to escape the desert.

I added a strip of carbon fibre, bent into an arc and embedded underneath the wing for extra strength. The Phoenix isn’t especially fast, but it’s got plenty of grunt for unlimited vertical climbs.

The Phoenix flies fine as is but, just for fun, I subsequently added a single Detrum GY48V piezo headlock gyro to the wing. The gyro is hooked up to the right/starboard elevon only, and is set to correct rolls. It works great at keeping the wing stable even in high winds or very slow flights. Or both.

AUW with the gyro is 289 grams (10.2 oz). The Phoenix sports gear mostly from Headsup RC, including:

The Rx is a HobbyKing OrangeRX with the case removed. 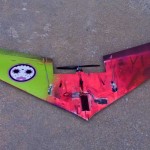 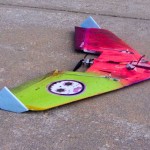 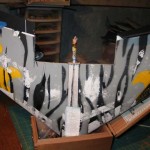 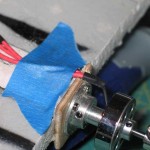 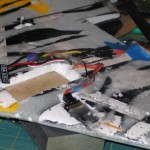 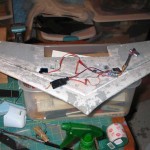 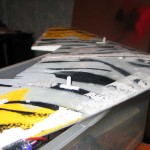 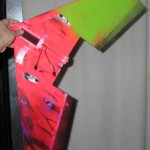 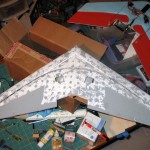 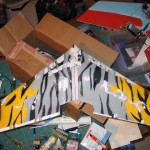 This entry was posted in Custom & Modified, Flying Wings, Gyros, My Fleet, My Planes, R/C Planes. Bookmark the permalink.