For weighing my planes and parts, I use a Blade digital scale, for which I paid about $9. 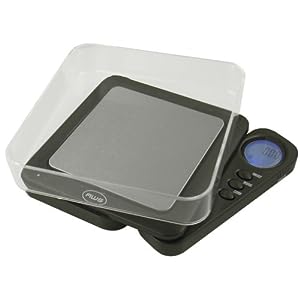 It is sometimes a PITA to get the plane balanced over the scale and then a bigger PITA to read the display which is now hidden under the plane, but it was cheap, reasonably accurate, and goes to 1KG in increments of 0.1g.

I often stack some sanding blocks, or childrens’ blocks, or something on top of it to make a kind of pedestal for the plane to rest on. The scale zeros out this extra weight when I turn it on.

This entry was posted in Building, Equipment. Bookmark the permalink.