Fins are made from the cut-down foam cores of two Stryker fins salvaged from my wrecked Stryker, with the outer plastic covering removed.  Elevons are 1/4″ balsa, covered with black packing tape.

There are 99 LEDs on the plane:

The LED strips are turned upside down, facing into the foam, so they illuminate the plane from within, making it glow like a lantern at night. 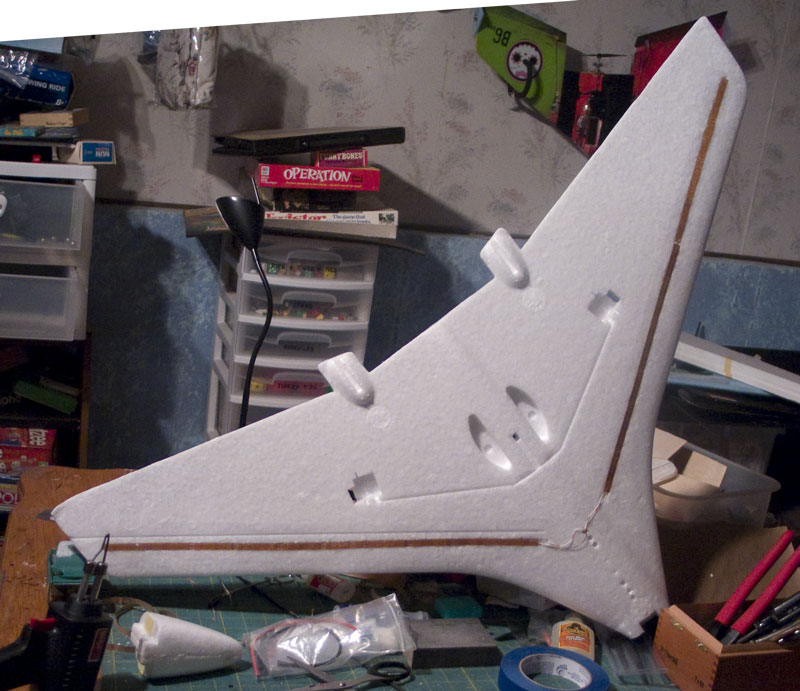 LED strips on the bottom of each wing. 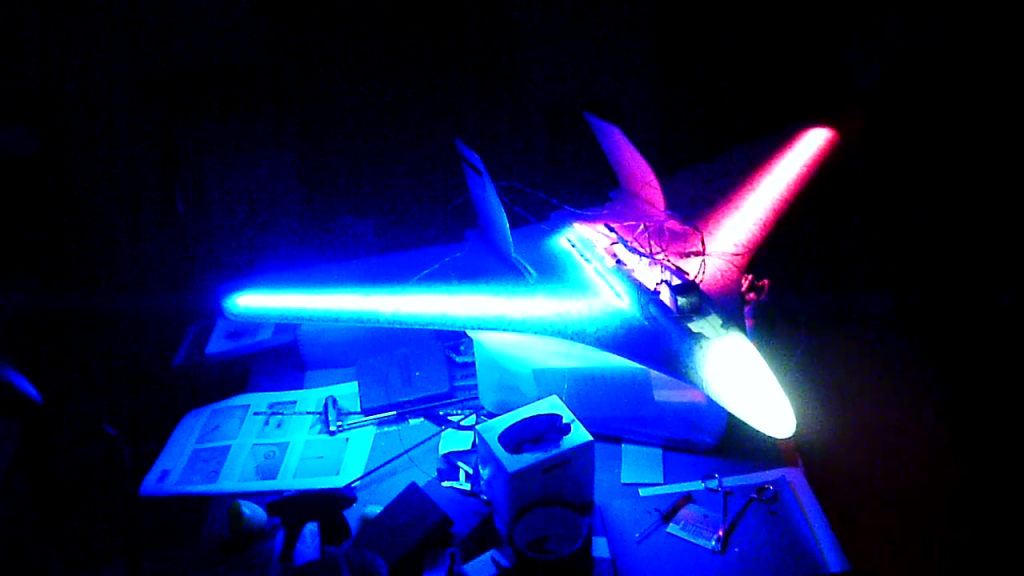 The name is a play on the plane’s light weight, its LED lights and (ironically) its relative slow speed.

This entry was posted in Custom & Modified, My Fleet, My Planes, Night Flying, R/C Planes. Bookmark the permalink.