I’ve wanted to do FPV since before I even got into RC so, when I won some money at a local casino, I invested it in the following equipment:

The camera was positively reviewed by Bruce Simpson of RCModelReviews and cost less than $50. For everything else, I ordered the 5.8Ghz  FPV Starter Package from ReadyMadeRC (minus the camera.)

Early tests in my basement are promising, but the setup hasn’t flown yet. I’m planning to do a test installation on my Radian glider, as soon as I get the time. 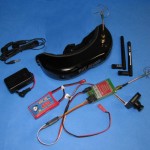 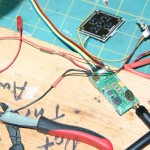 Splicing power to the camera

This entry was posted in Build Threads, Building, FPV. Bookmark the permalink.