I wanted to make something a little different. Well, a little more different. I built a FliteTest Sparrow as a project with my granddaughter, but I was never really happy with how it came out or how it flew. So we’ve decided to tear that plane down and use its parts to built … a dragon.

The plane will have a 36″ wingspan and employ a Kline-Fogelman KF-2 style wing. Here’s my ‘sketch’ of the plane’s silhouette. 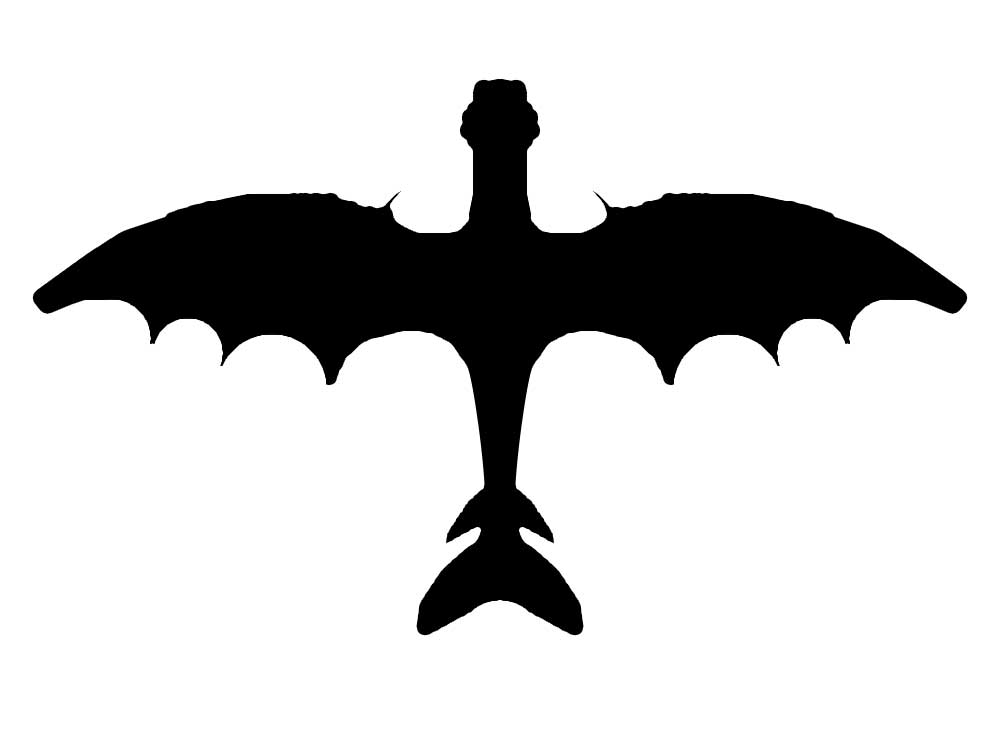 Unsure how to compute the CG on a dragon, I cut a very small version out of some 1/4″ foam, taped a nickel to its back, and spent a few minutes chucking it around the living room, moving the nickel back and forth until it more-or-less glided. This should give me a decent starting place for CG placement on the full-sized plane. 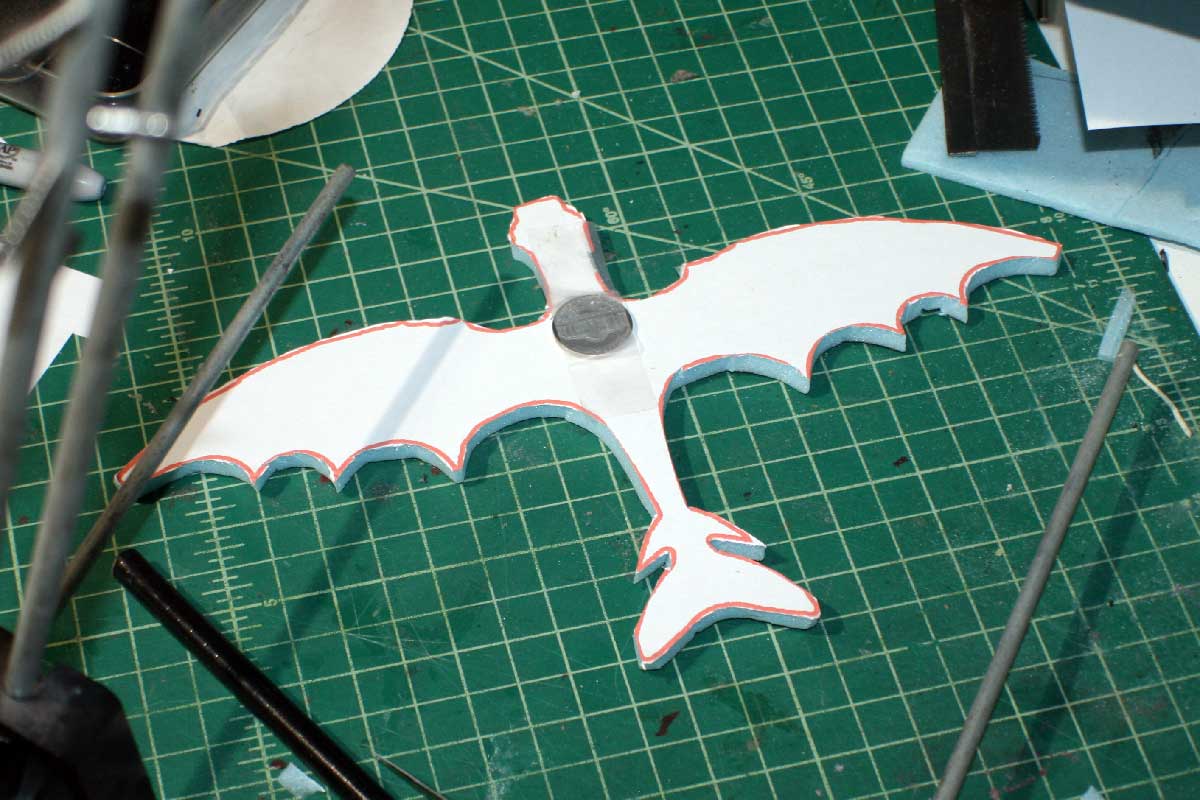 Sketching out some ideas for component placement. 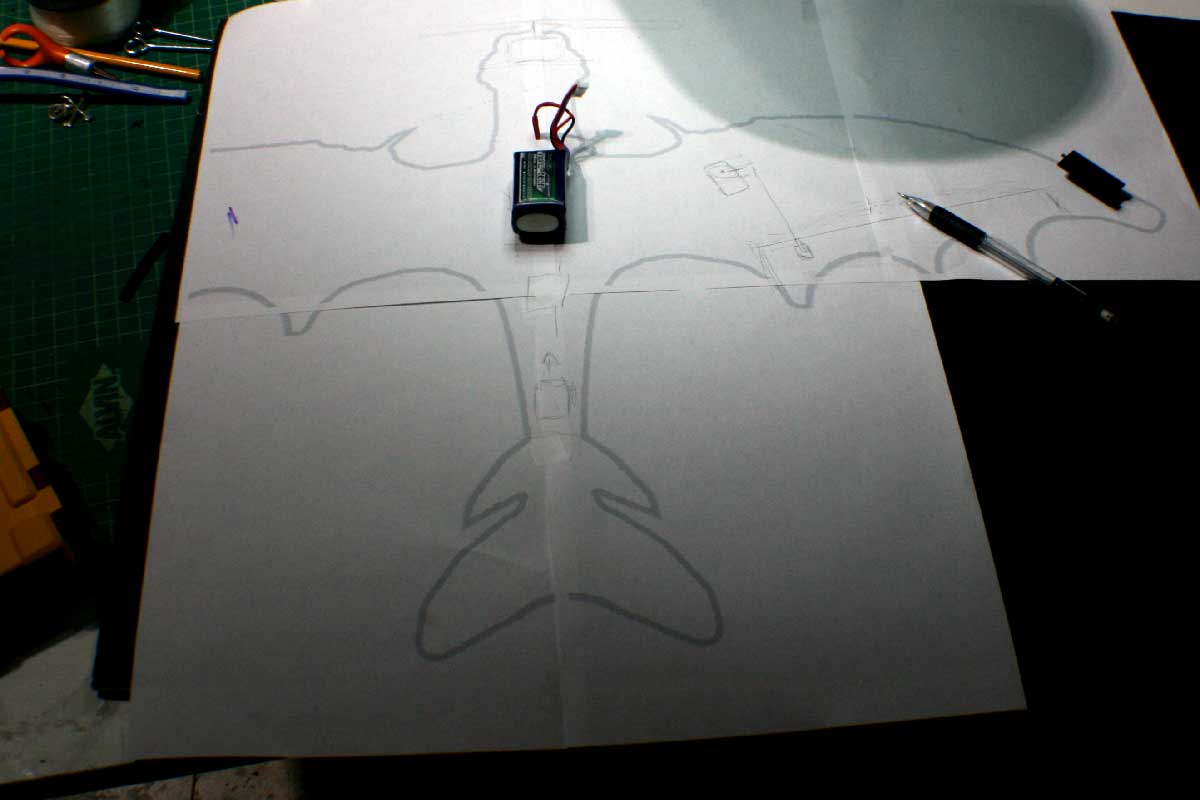 Figuring out where 50% chord is, and where the KFm step will go. 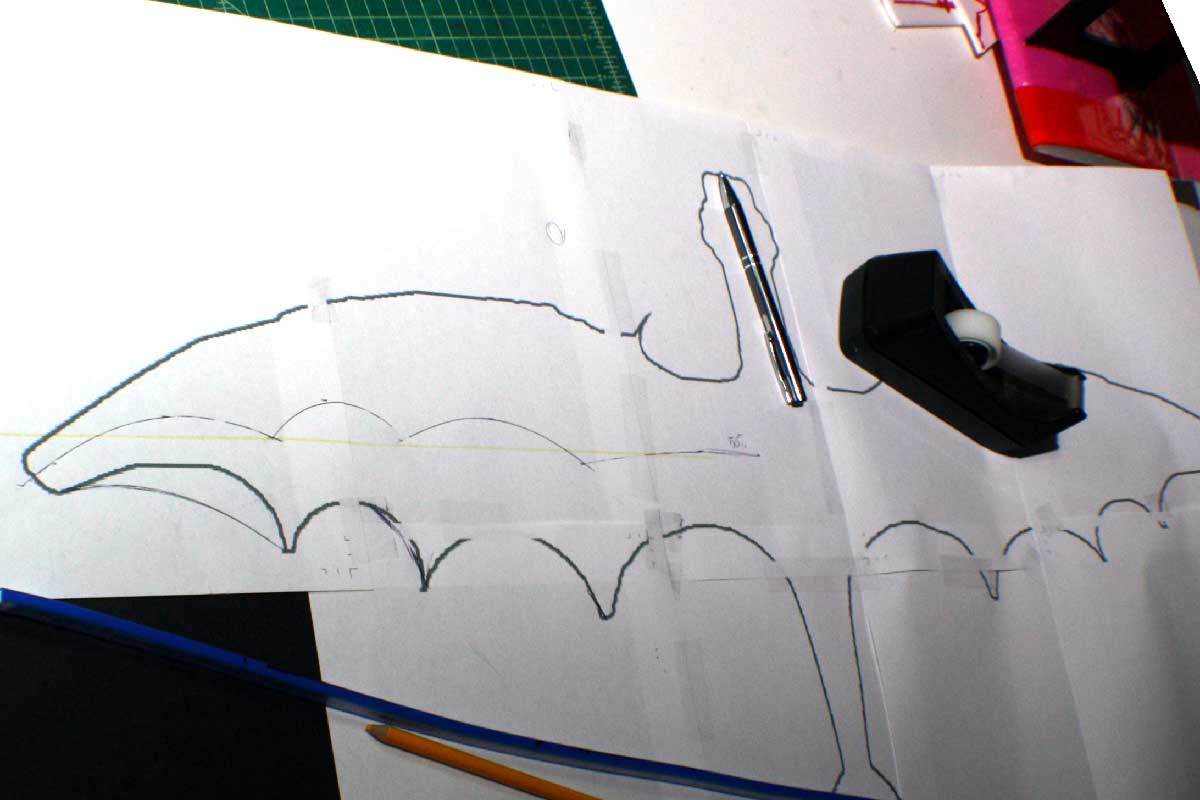 I’m going to need to cut out the wings separately. Here’s the body and one wing. 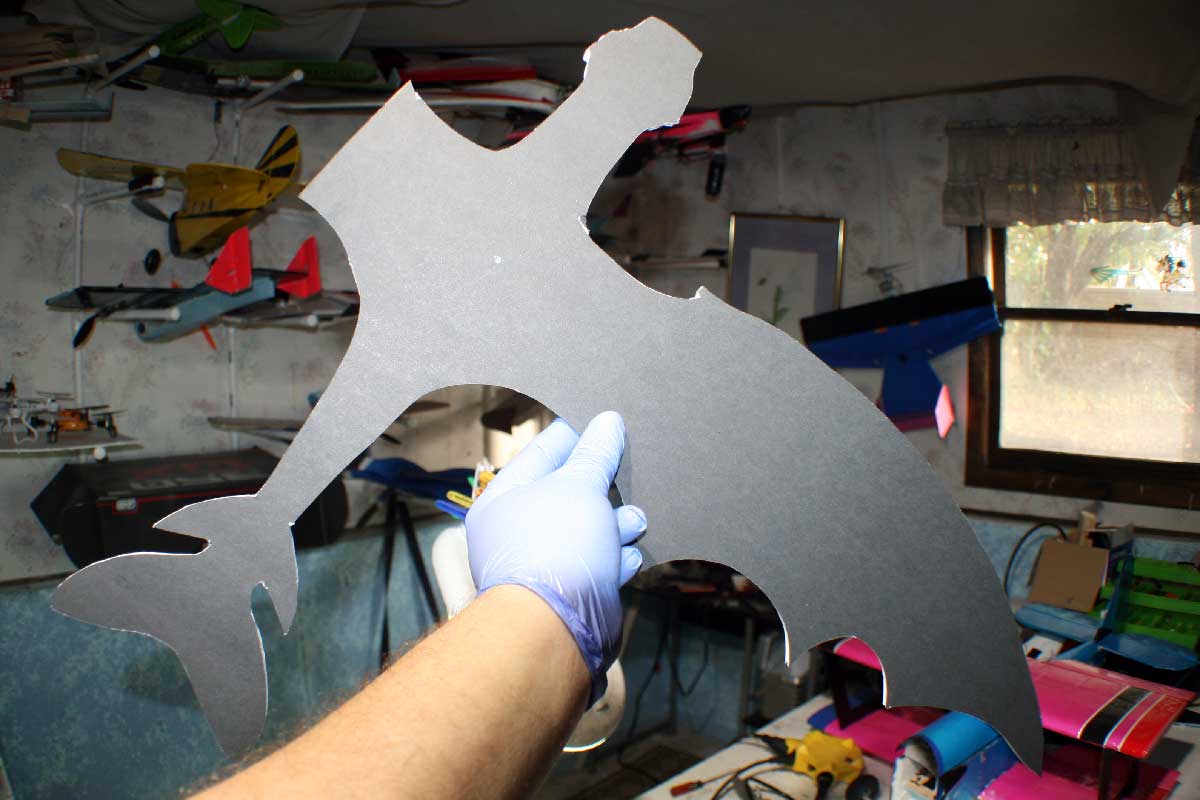 I cut out a second wing, as well as some body, using the paper peeled from the first wing as a pattern. 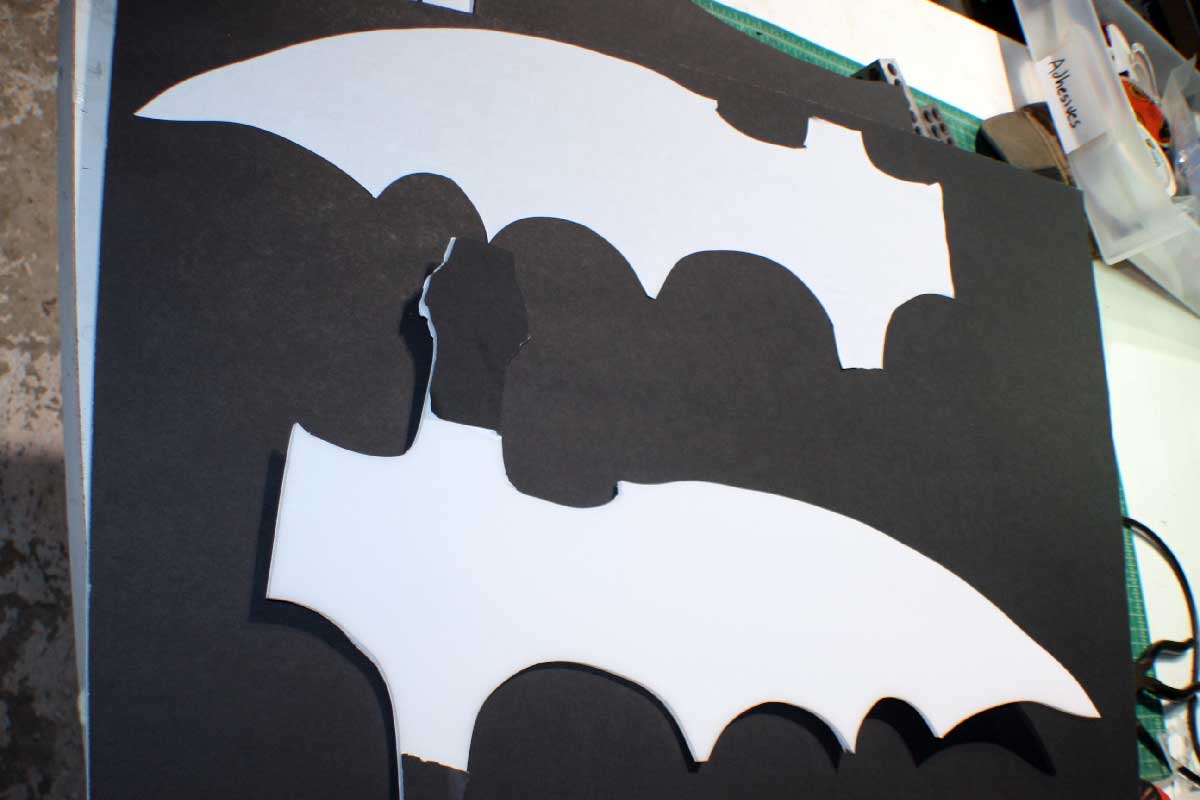 Next, I stacked the two sections together, clamped them in place, and cut out a keyed shape so the new wing should snap snuggly into place with the original wing and body. 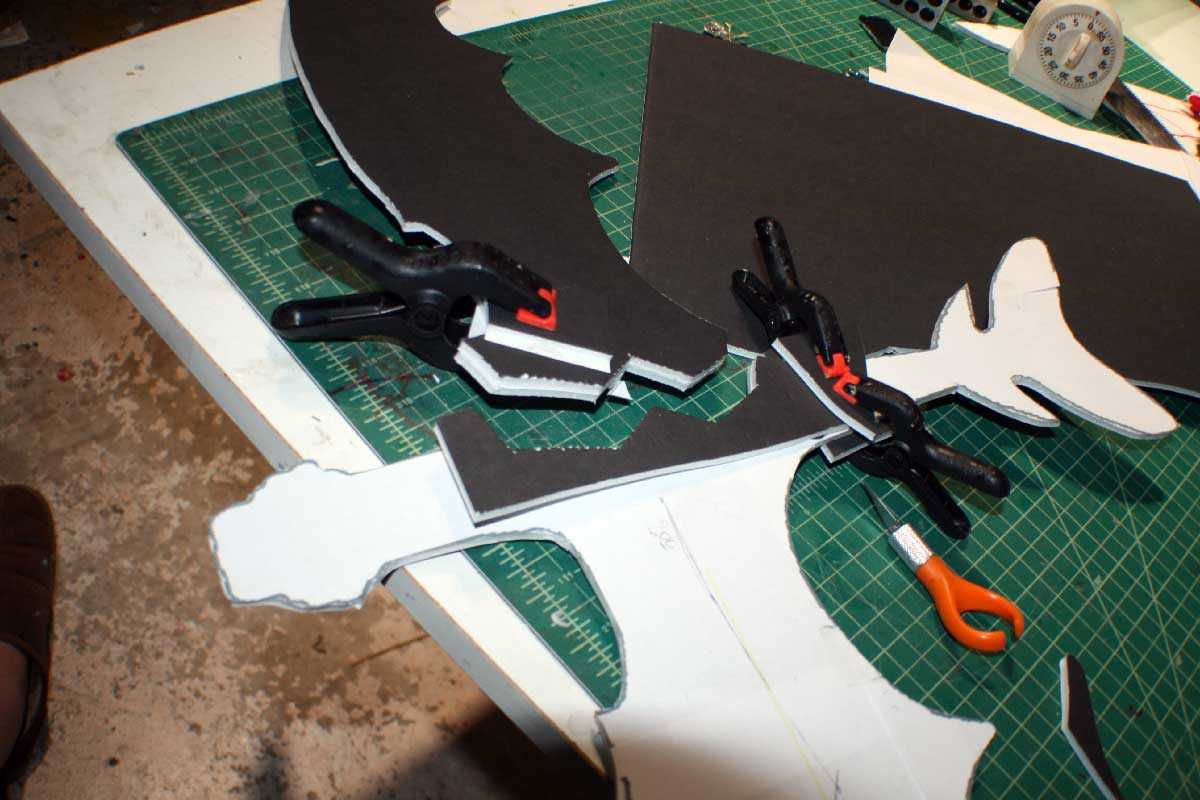 The new wing in place. Yay! 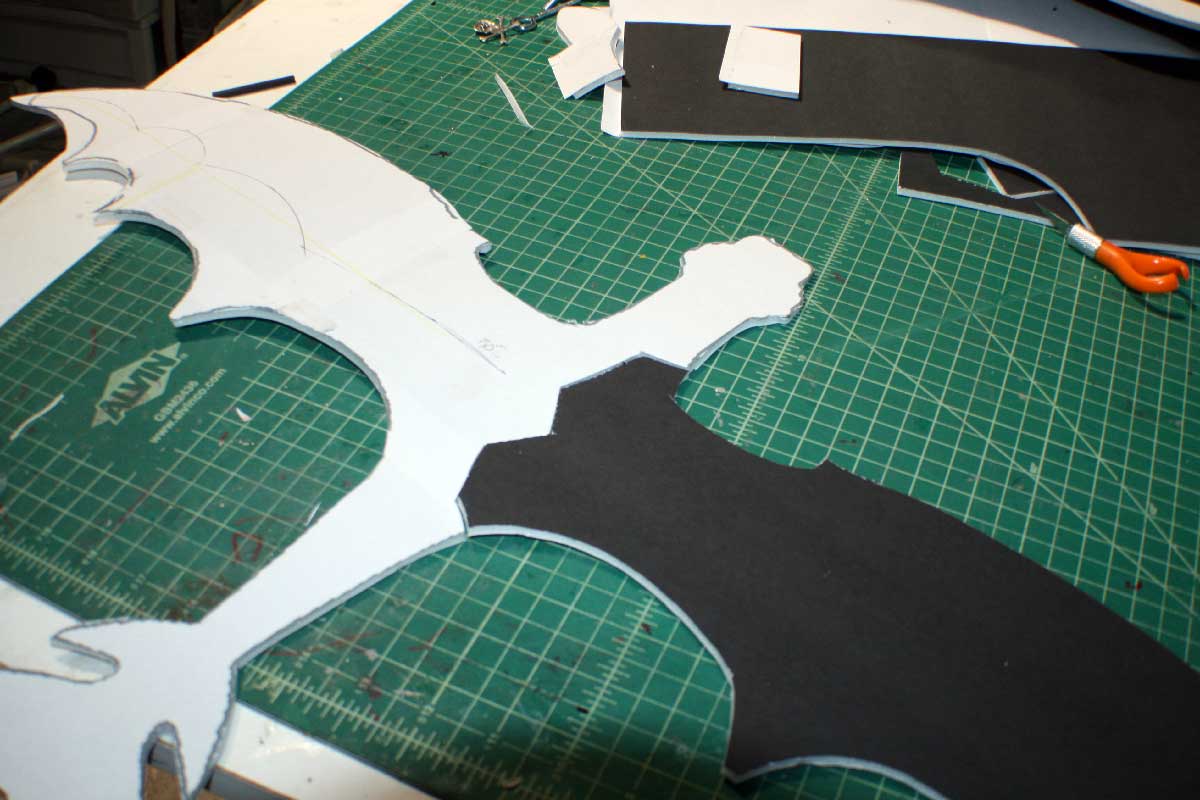 Some carbon fiber rod will help strengthen the wings. The whole plane is made from Readi Board with the paper stripped off, so it’s pretty floppy. 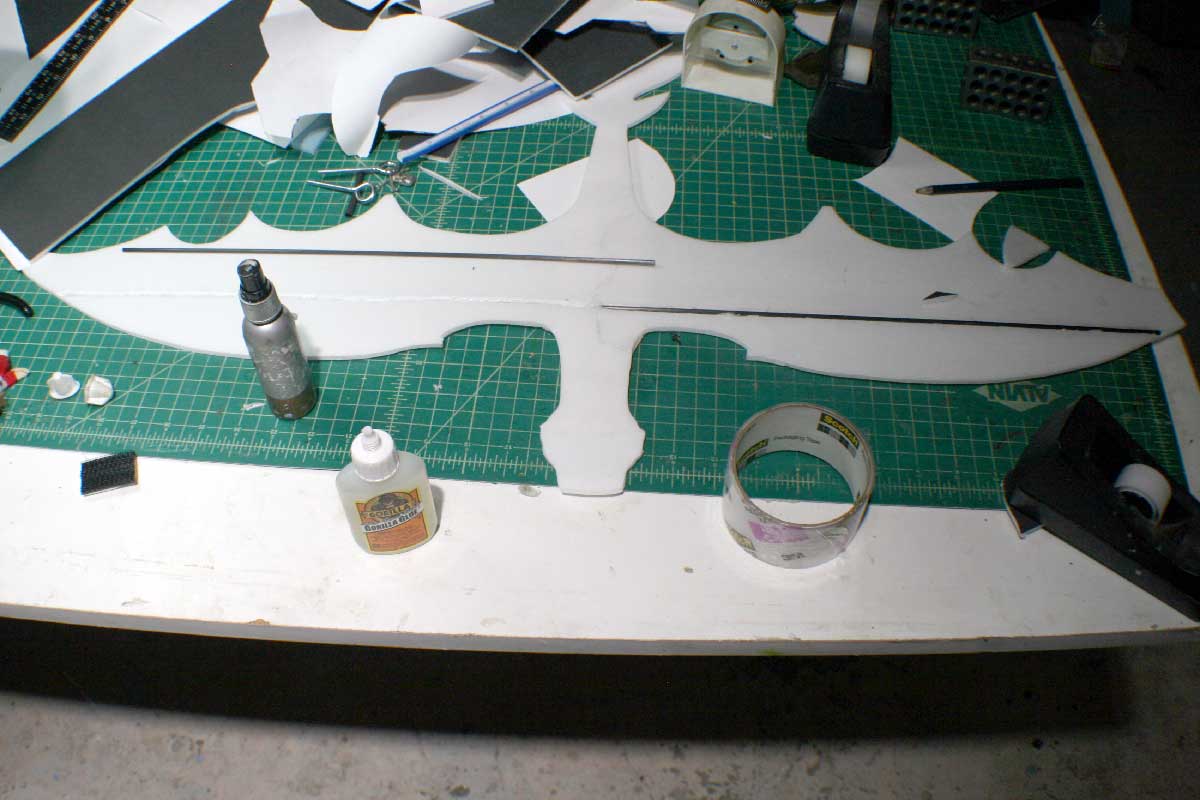 Checking the fit of the first KFm step. 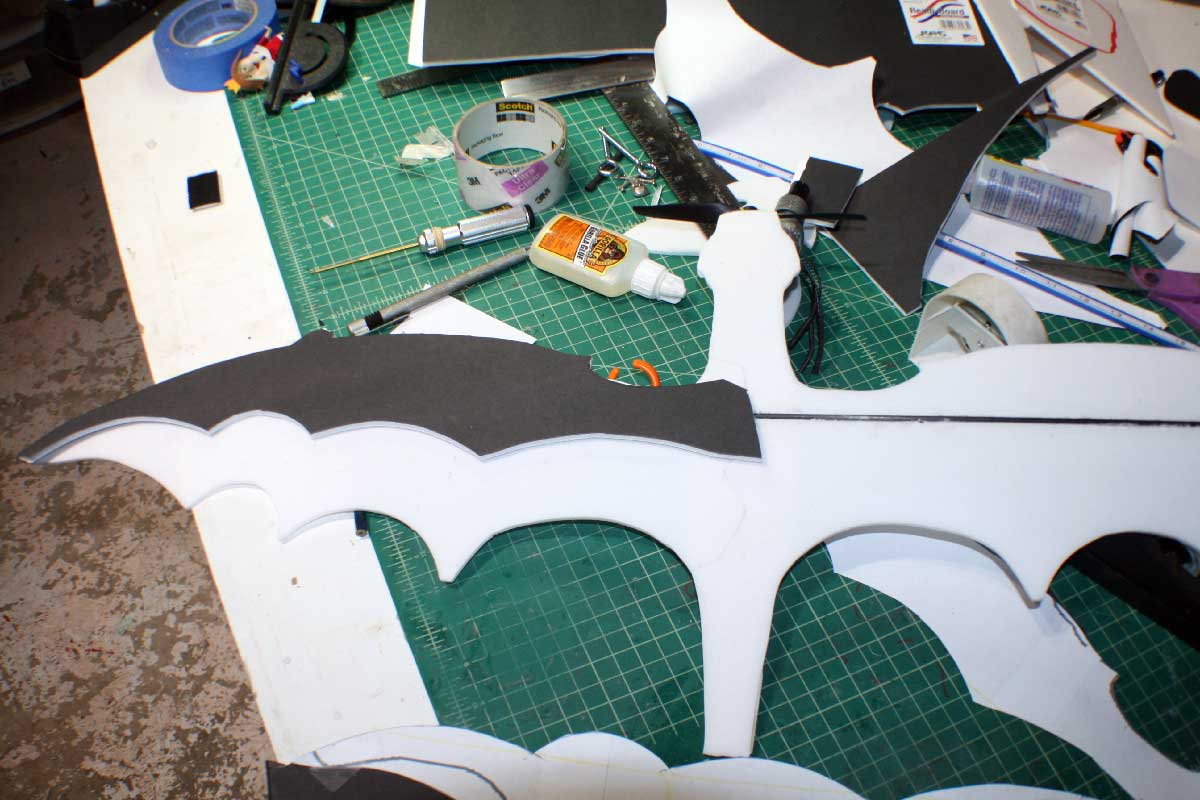 I’m gluing in some thin Birch plywood to form a sort of spine, and provide a firm place to mount the battery and other components. 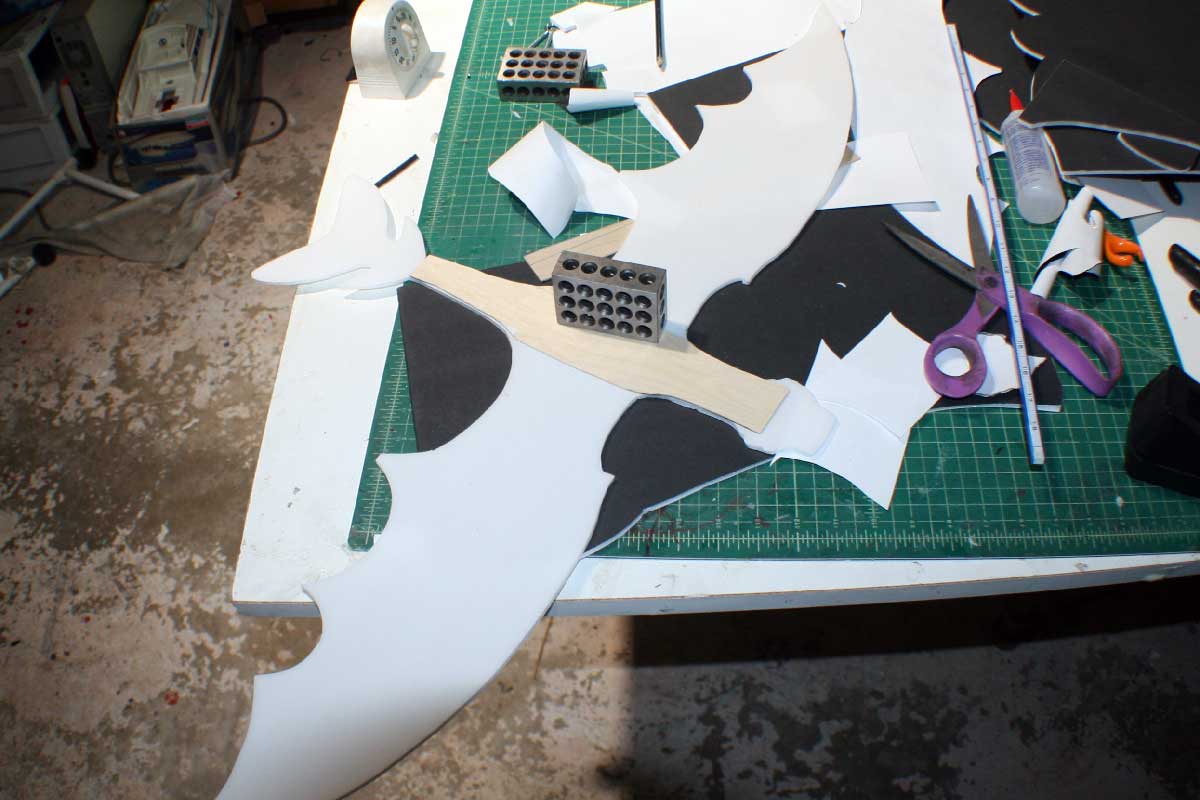 I sandwiched some white LEDs between the KFm steps, to light up the wings at night. 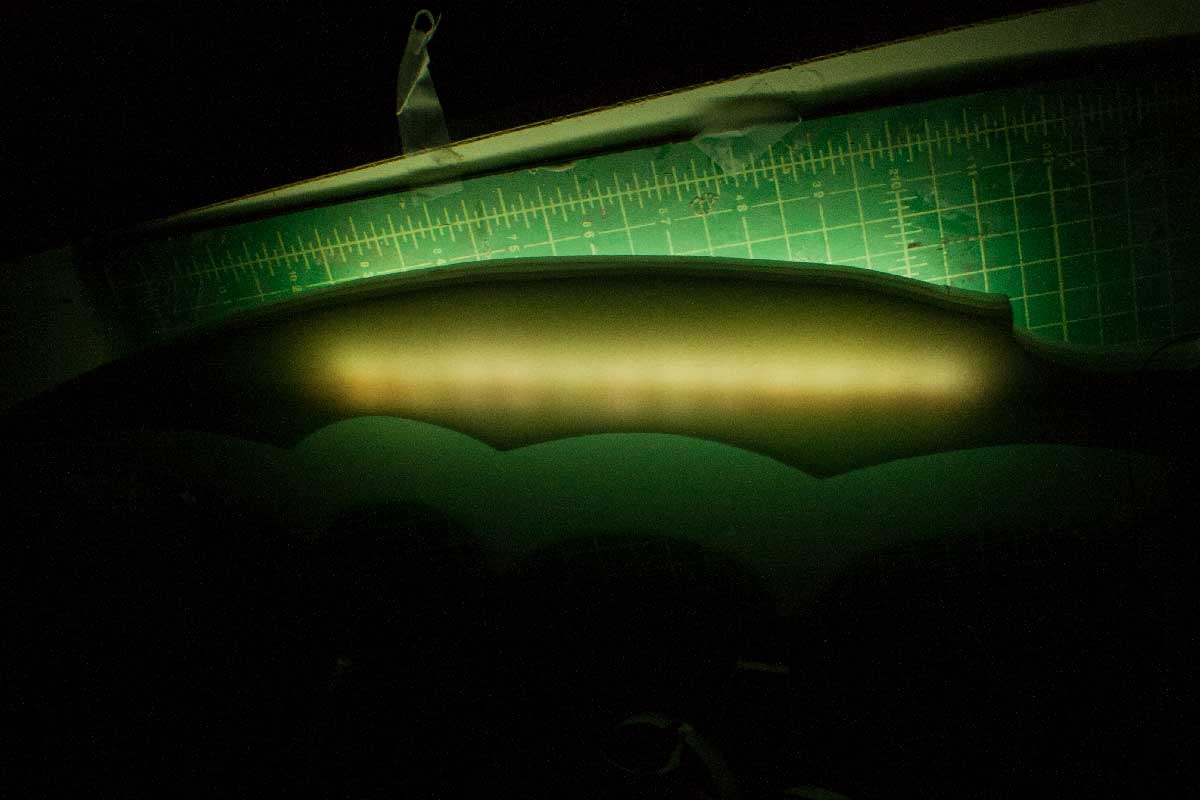 The ailerons. I super glued some thin transparent plastic ‘membrane’ in place to increase the surface area. 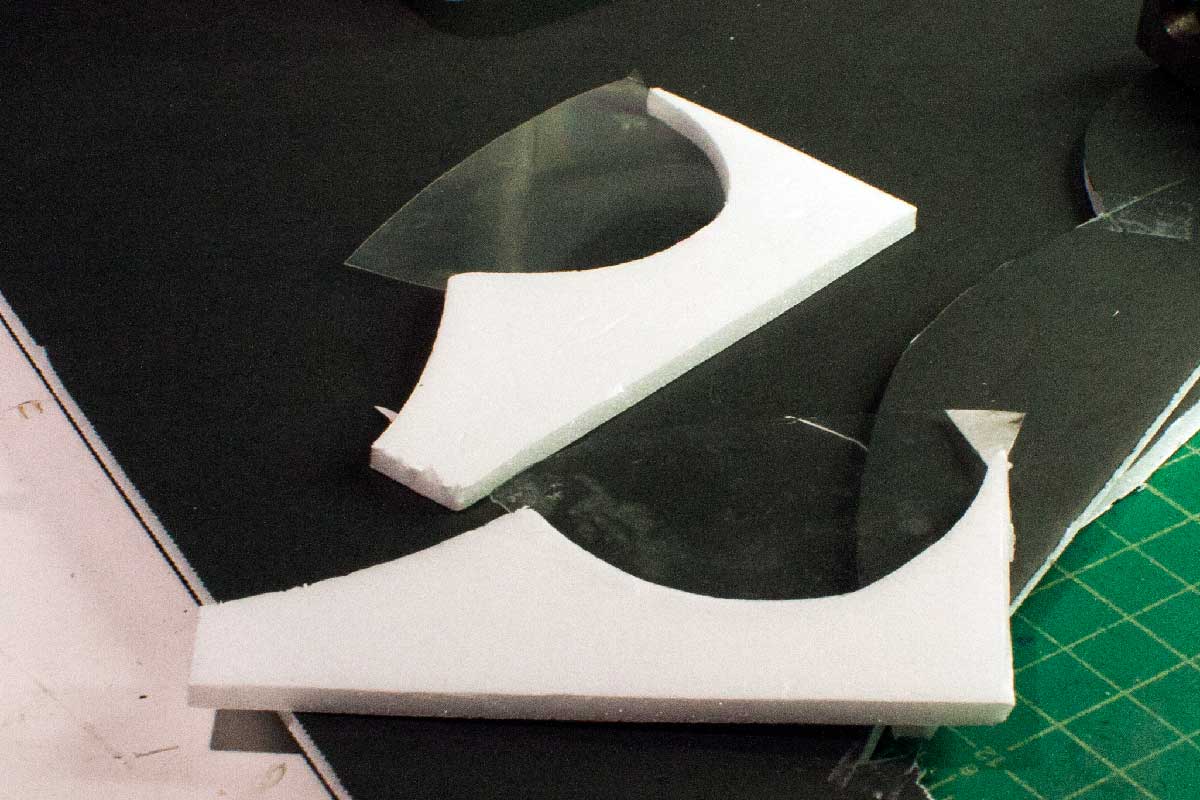 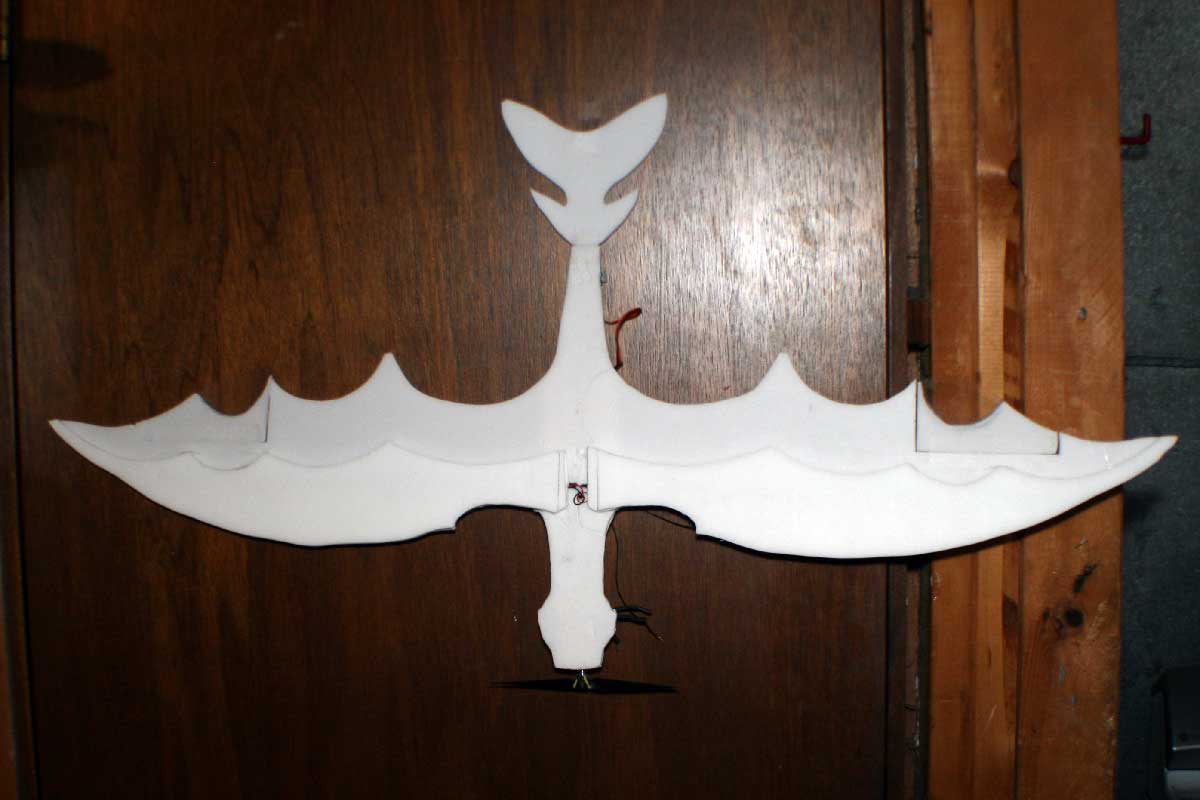 This entry was posted in Build Threads, Scratch Built. Bookmark the permalink.