This is my scratch-built flying wing. Based in part on the P115 wing, it has a much fatter airfoil.

The wing is hollow, held in shape by a series of internal ribs. Everything is made from Dollar Tree foamboard. I used about two sheets of the stuff, all told.

48 white LEDs attached to the ribs inside the wing make it light up for night flying. 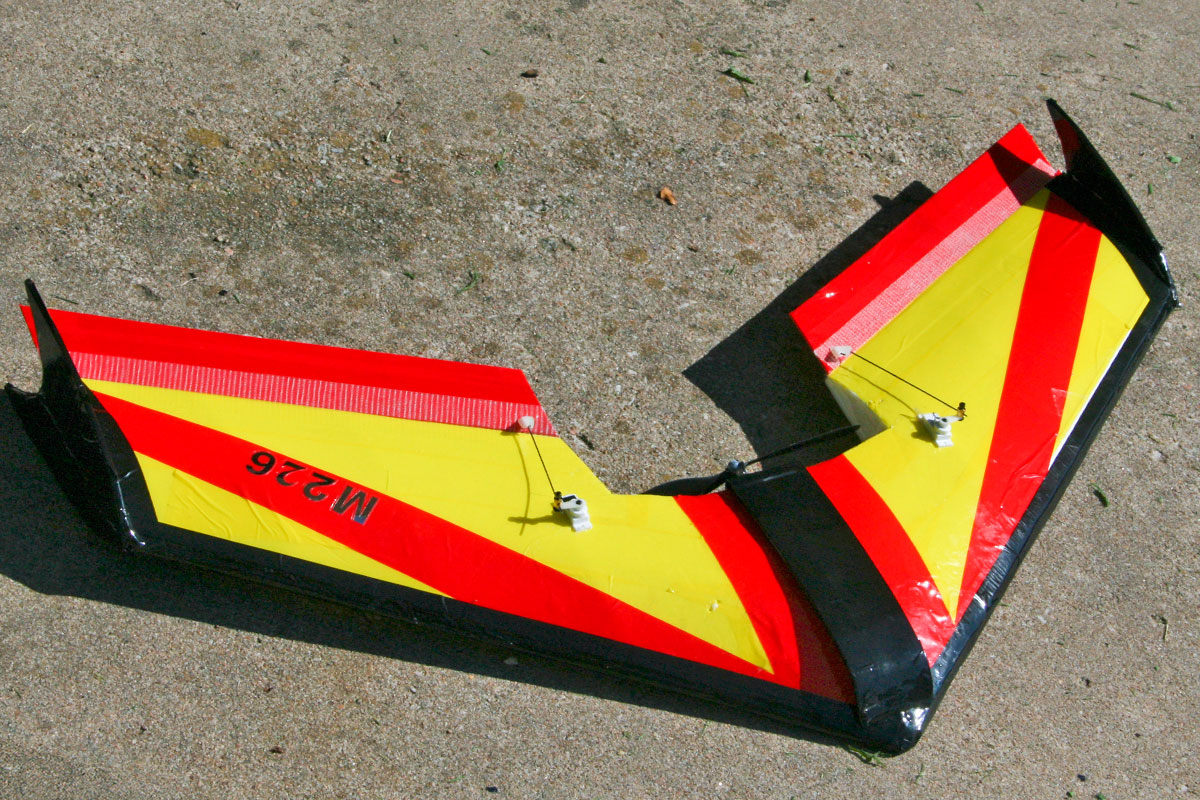 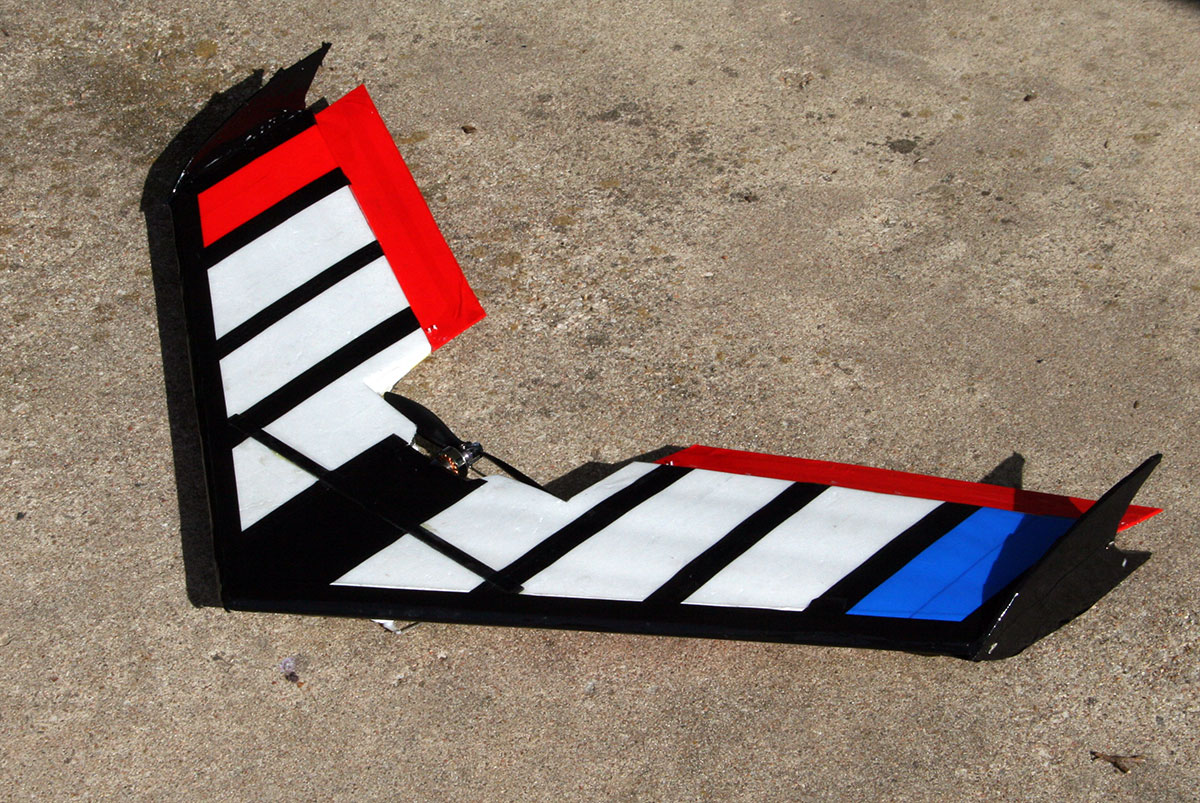 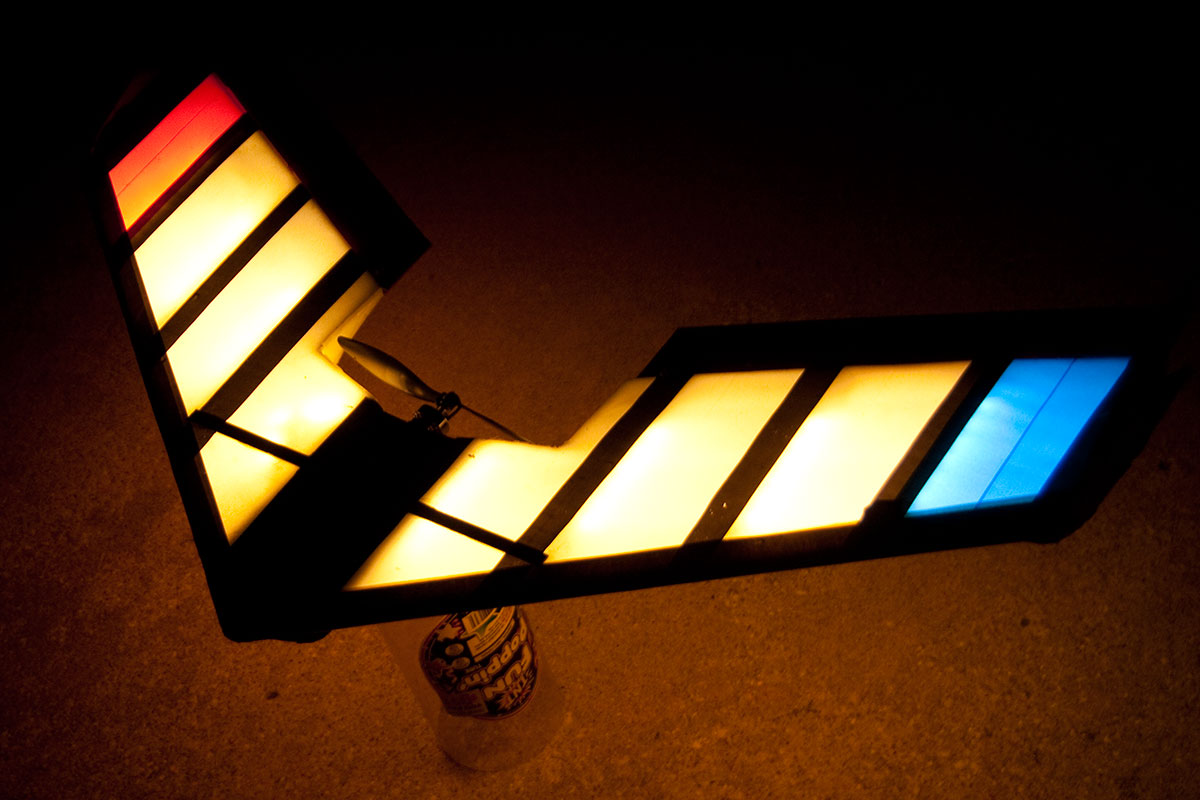 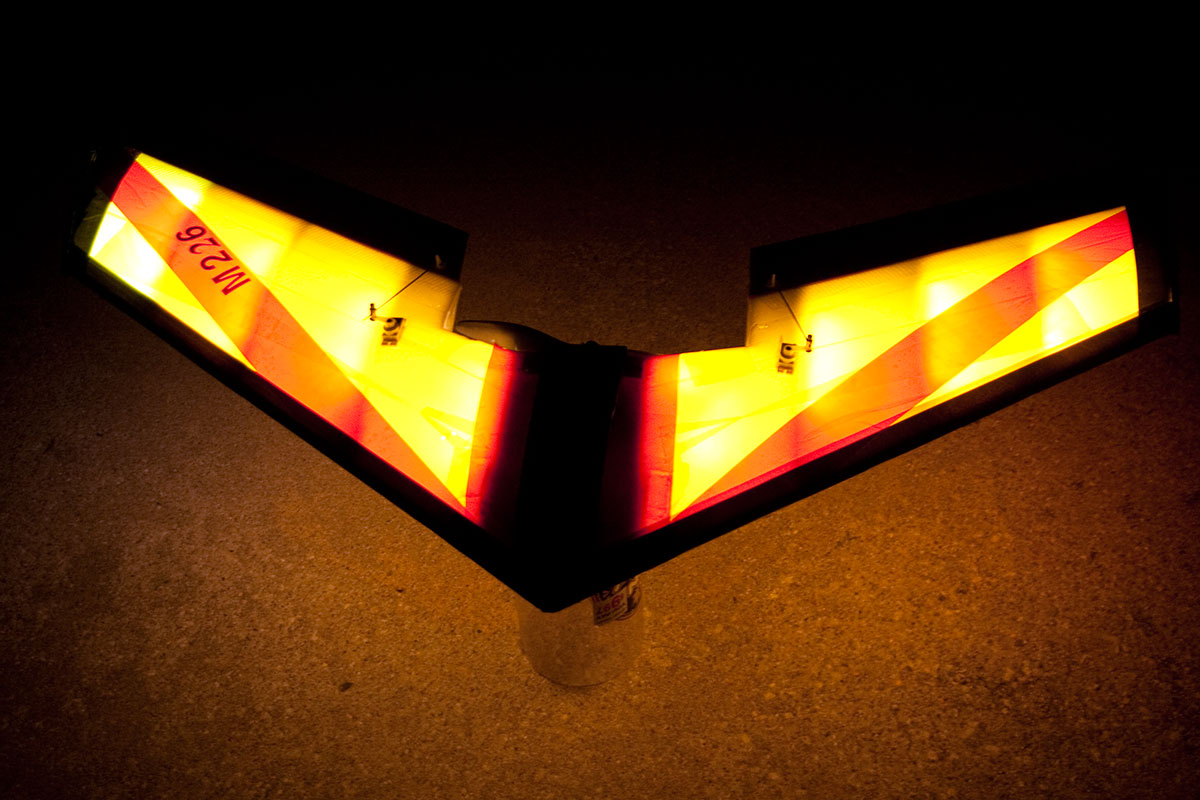 This entry was posted in Flying Wings, My Fleet, My Planes, R/C Planes, Scratch Built. Bookmark the permalink.