I liked my new Slowly pretty well, but I couldn’t help but wonder how it would fly with a straight (or, at least, straighter) wing. So I built a second wing, using the same dimensions, but without any dihedral whatsoever. I made the ailerons really small for some reason that I can no longer remember – 1″ deep and about 7″ wide. 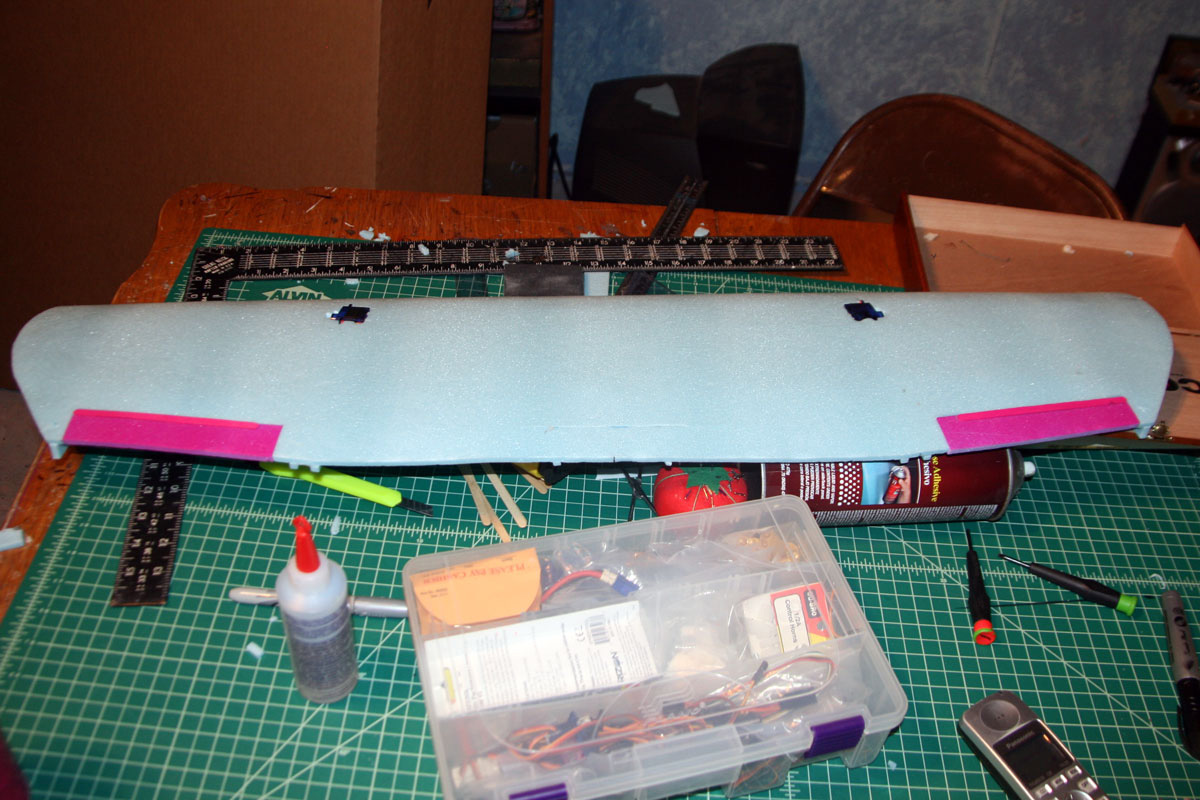 Here’s how the new wing looks on the plane: 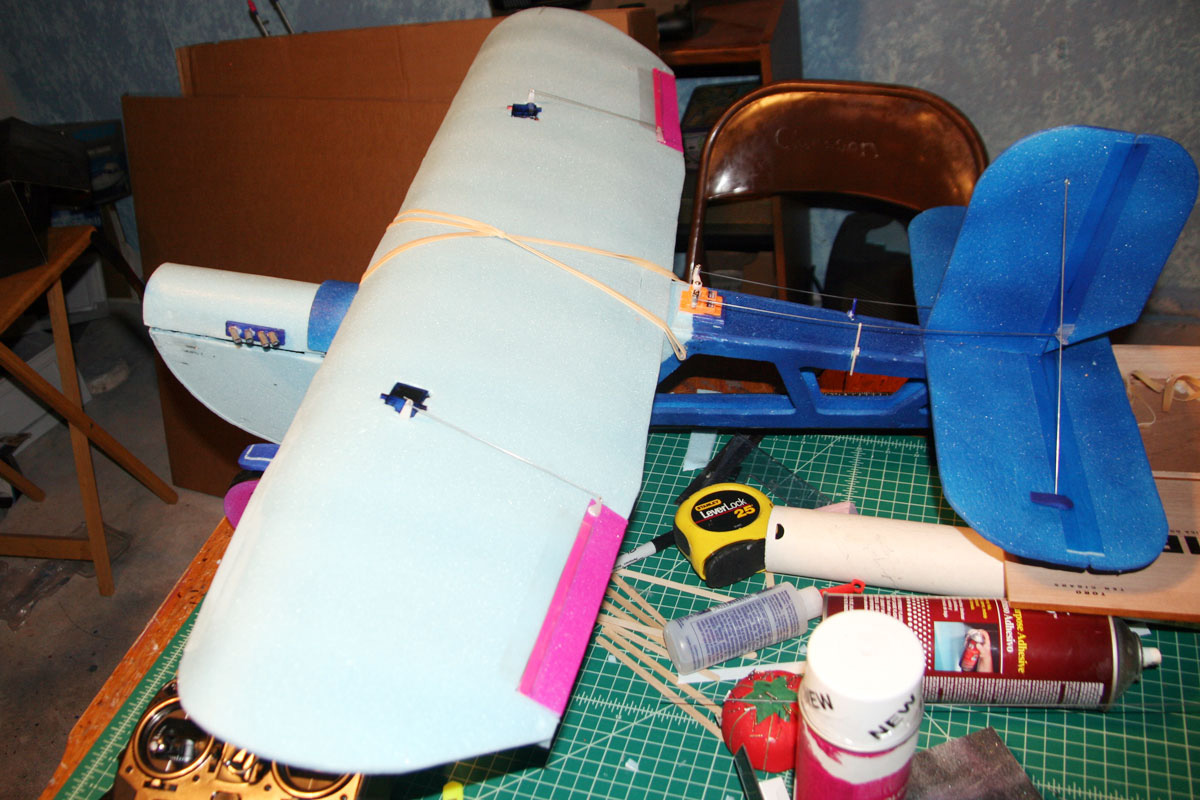 And it did, indeed, fly pretty well, although aileron response was minimal, and turns still took a whole bunch of rudder. 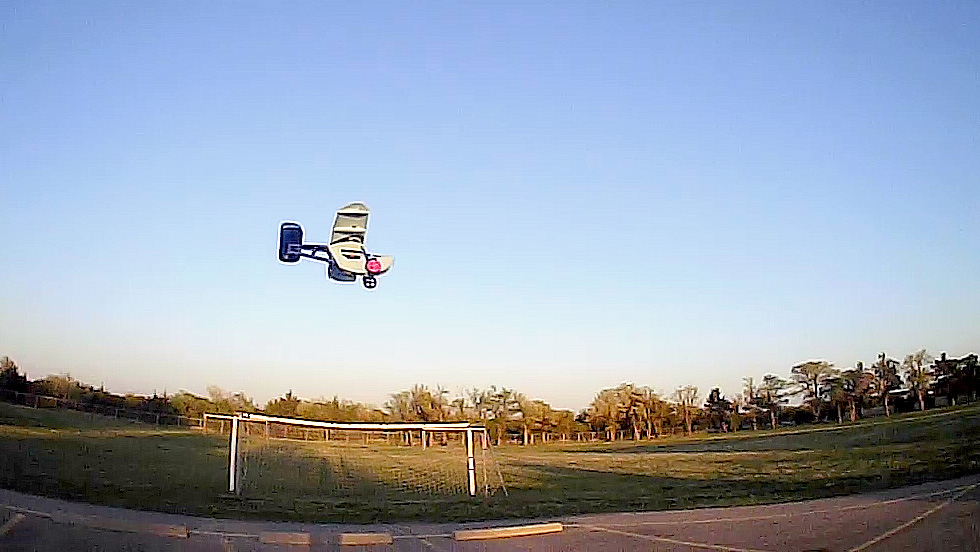 I’ve cut the ailerons deeper and longer, nearly tripling their surface area. Here you can see the old aileron on the left, and the new aileron on the right. 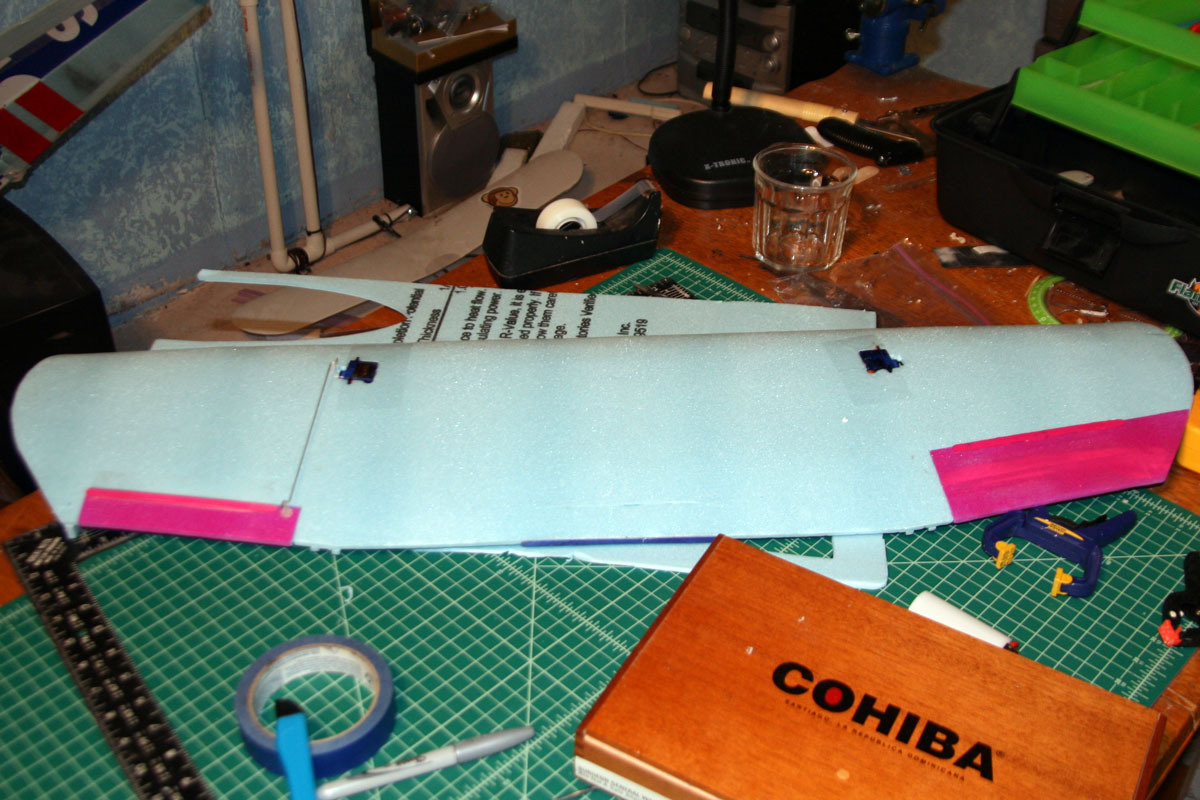 Here is one of the new ailerons with the old aileron laid on top, for comparison. 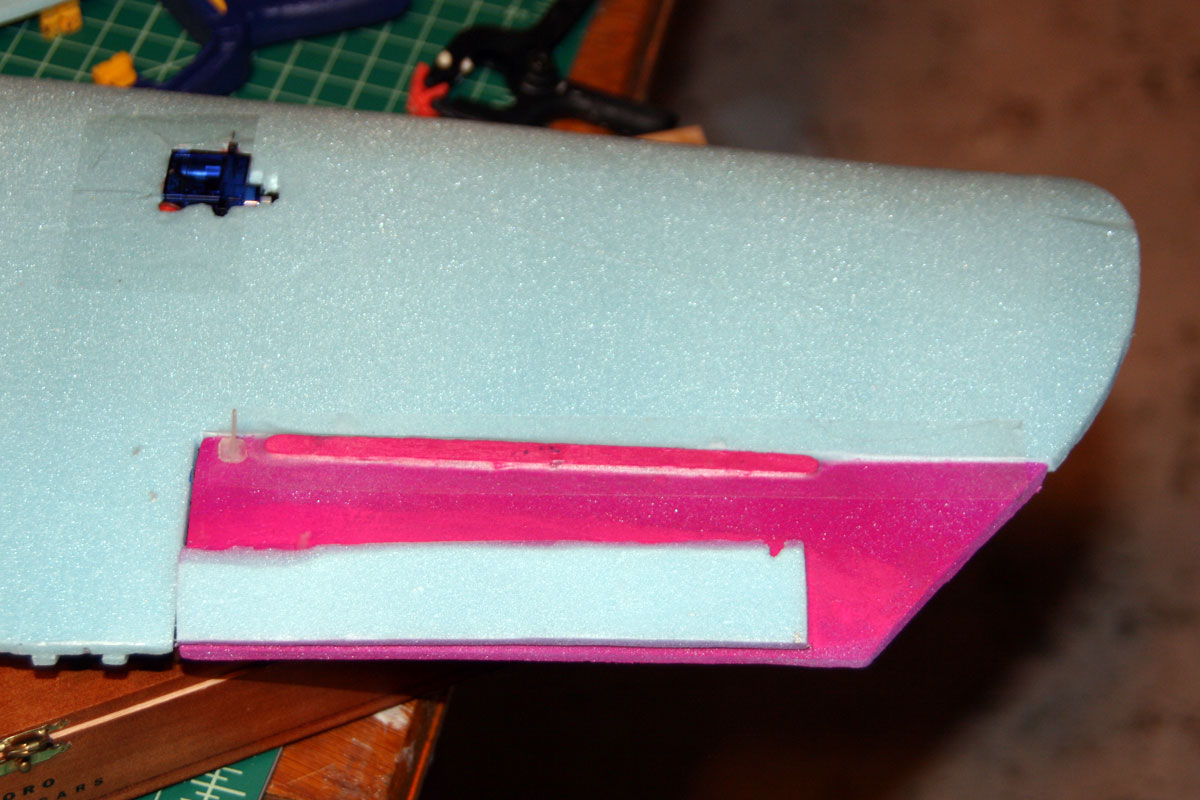 The new ailerons are 6.5″ wide at the TE. I wanted to keep the ailerons comfortably clear of the inner wing ribs, so that’s all the wider I could make them. 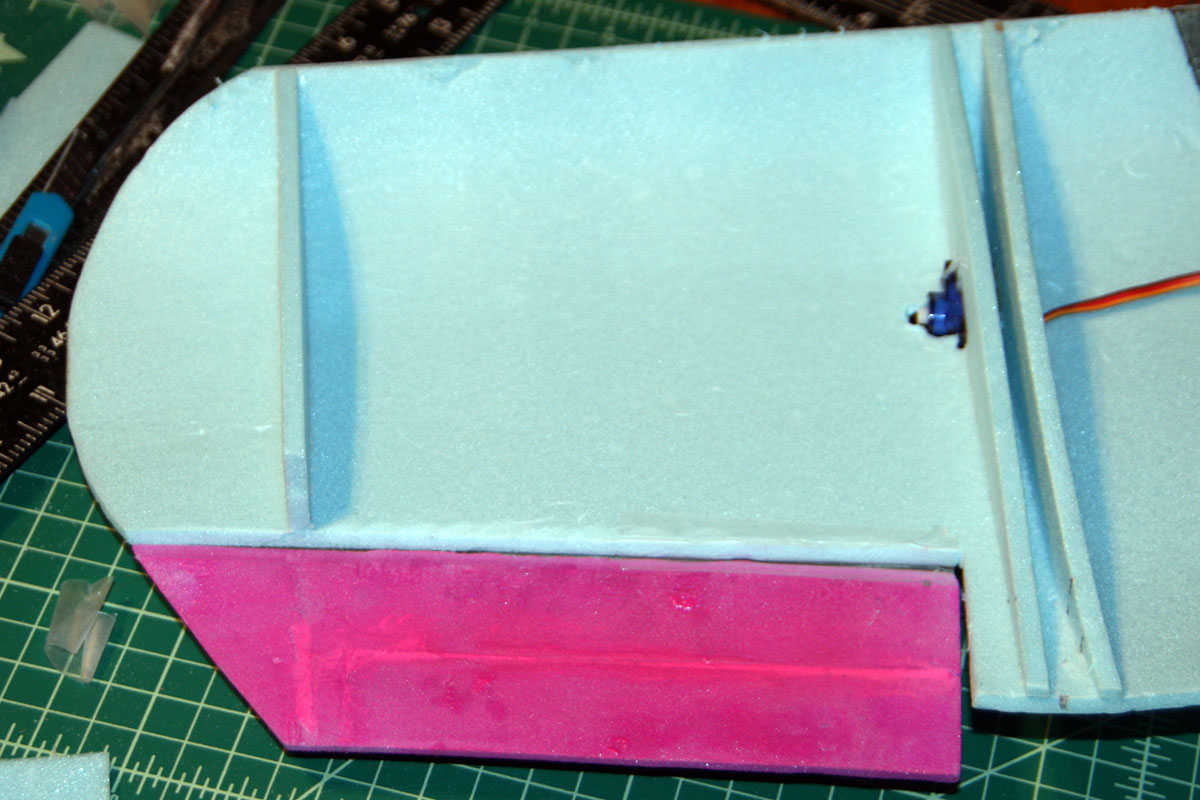 Flight tests on the straight wing were promising but the plane really, really lacked stability. I decided a few degrees of dihedral should help out. 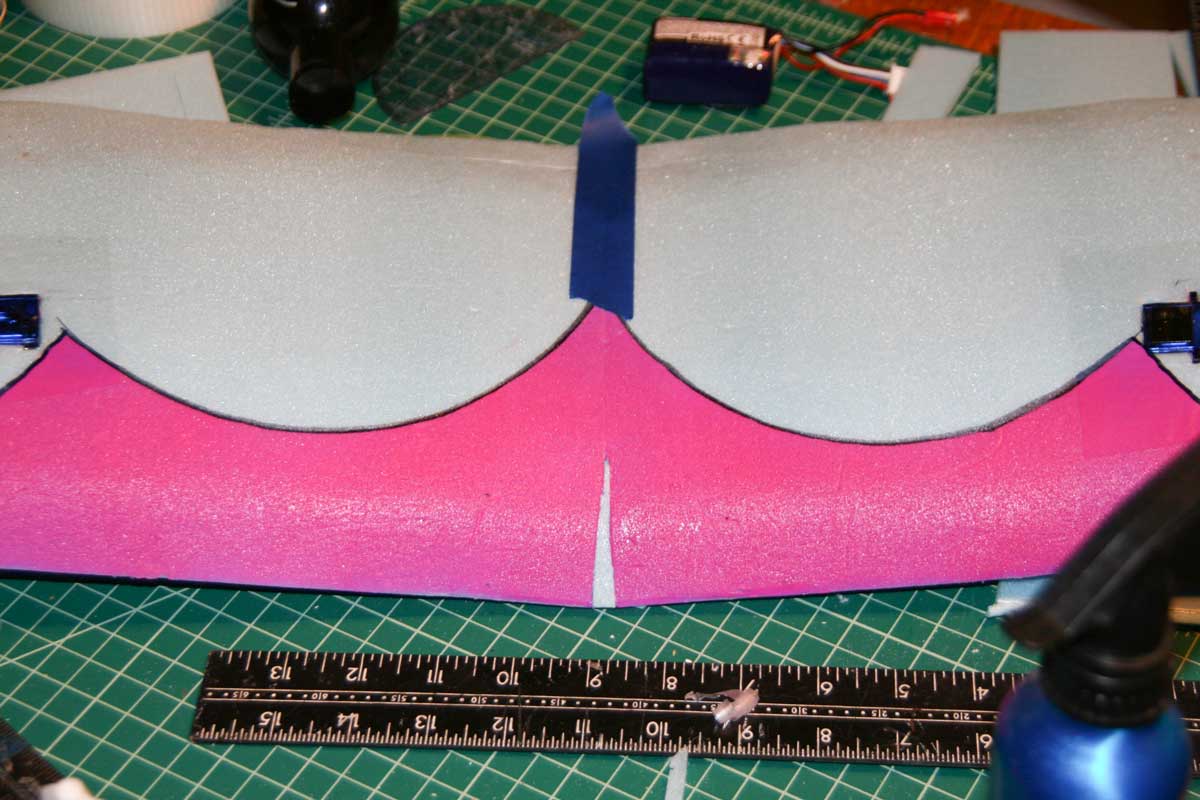 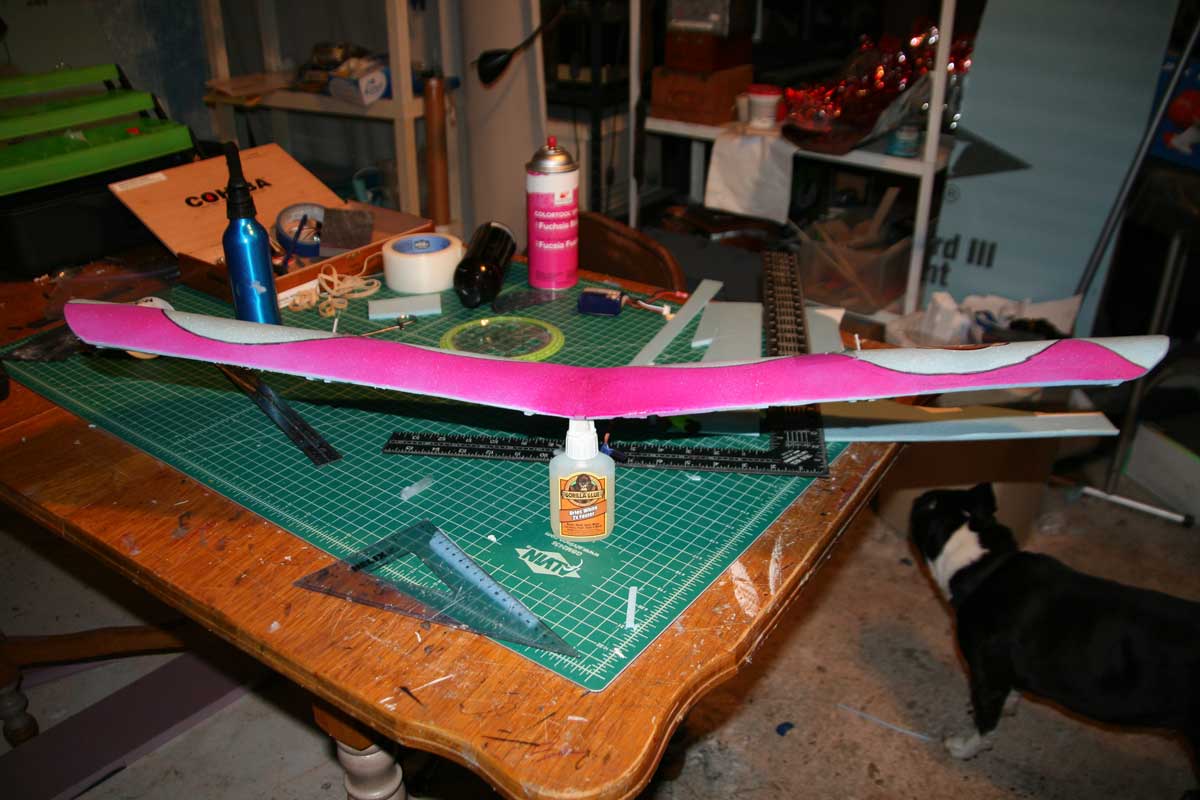 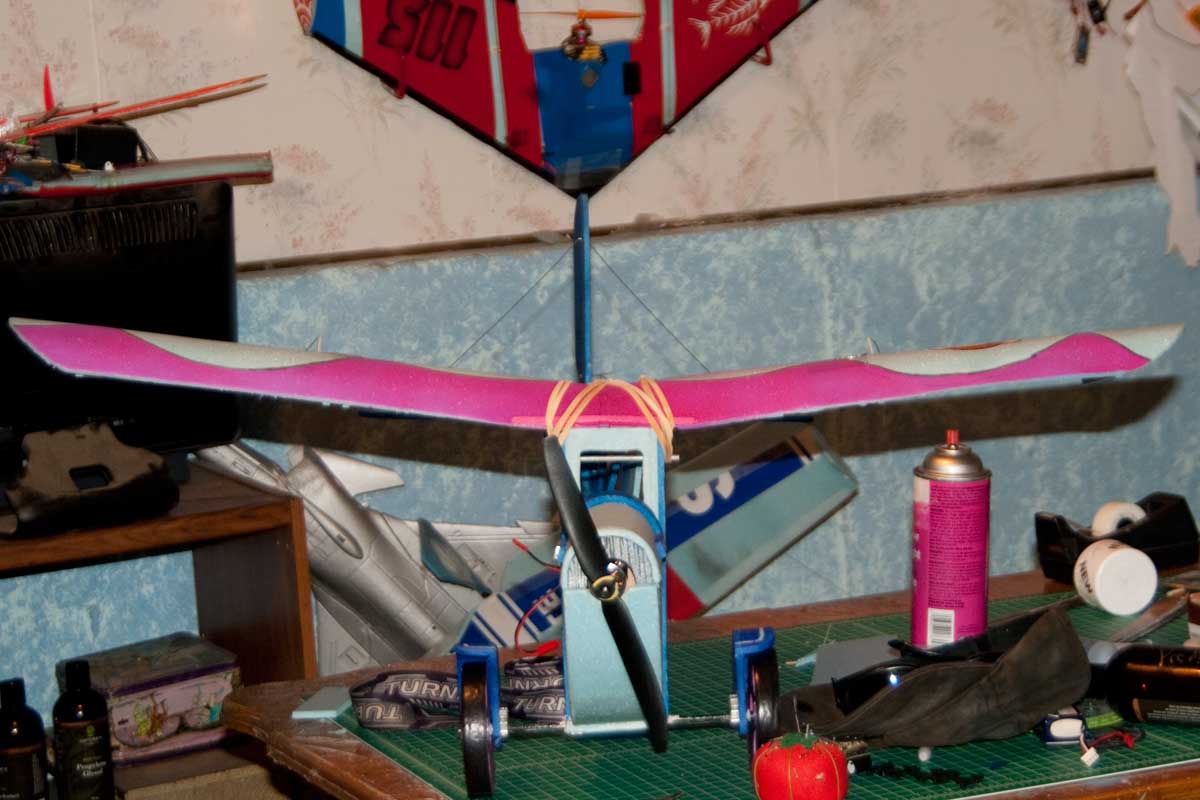