I’ve spent hours fighting with the HobbyKing RX3S OrangeRX 3-Axis flight stabilizer. I just could not get the gyros running in the right direction.

Well, I’ve finally solved it. My current testbed for the gyro is the SnowDragon wing. The plane uses elevons only. You can see the first test flight at the bottom of this page.

Here are my settings for a delta wing on the RX3S:

Here’s a photo of the plane, with the stabilizer mounted top center on the wing. 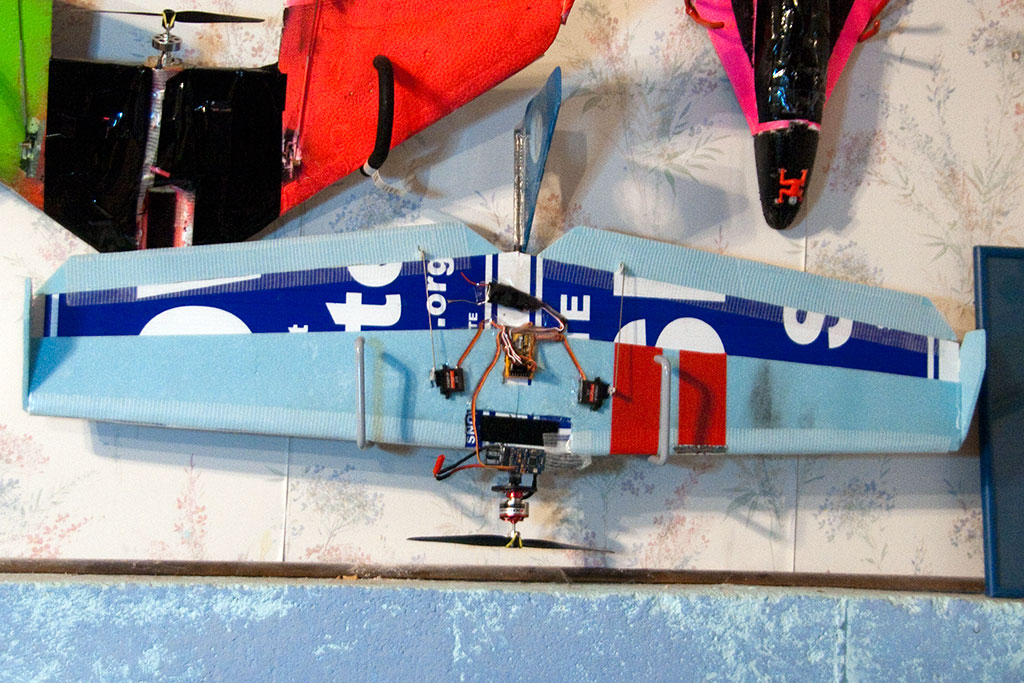 Here’s a close-up. The stabilizer is mounted with the label facing up, and the plugs toward the front of the plane. The servos are lying on their sides, with the arms facing the outside of the wing. Servo orientation can effect your settings. 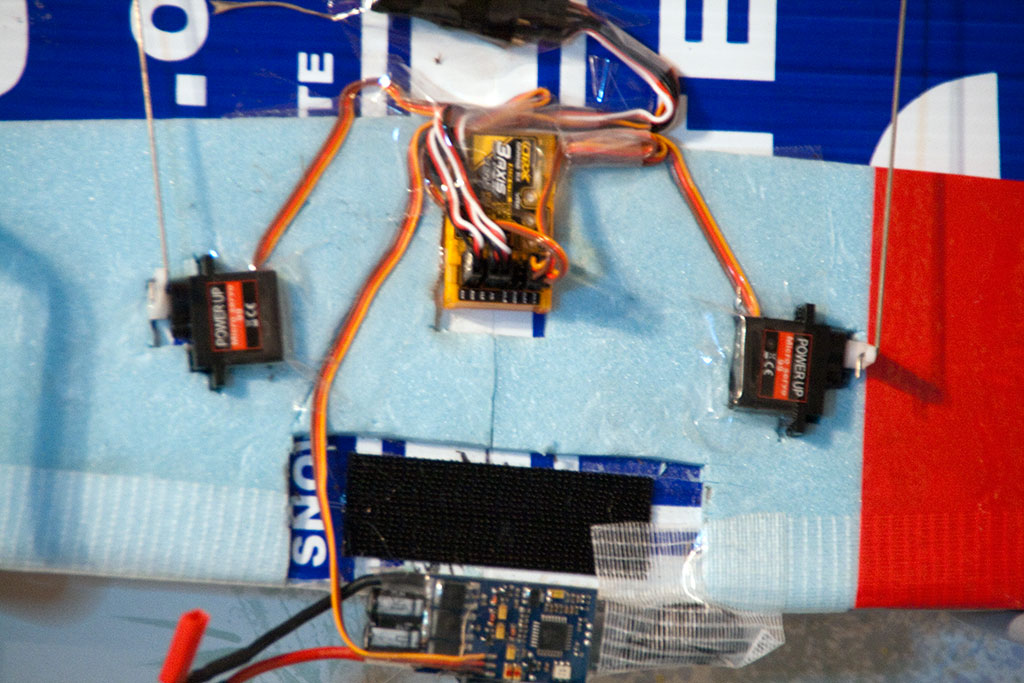 This entry was posted in Building, Custom & Modified, Gyros. Bookmark the permalink.